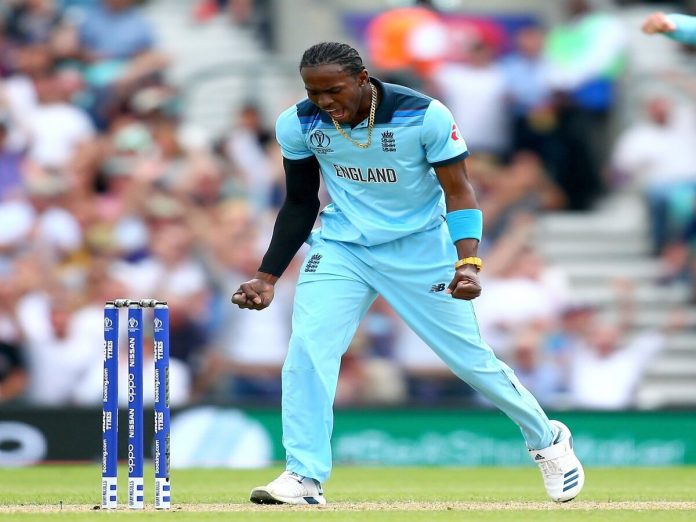 England has chosen an 18-man squad for the T20 World Cup in Australia in 2022, including three travelling reserves. Jason Roy has been ruled out due to injury. He has a torn calf muscle that will take some time to recover. However, Jofra Archer is also absent as he recovers from an injury.

Ben Stokes has returned to the T20 fold after almost a year. Jos Buttler will captain the team. In addition, Mark Wood and Chris Woakes have returned from injury to join the team. The same side will visit Pakistan for a seven-match T20 series.

Jofra Archer is not in the squad – Reasons

The absence of Jofra Archer will be England’s biggest setback. The fast bowler has been out of action for over a year owing to elbow and back injuries. While he was expected to return for the T20 World Cup, his recuperation isn’t looking good. As a result, he has been ruled out.

Jofra Archer’s recovery has been hampered by yet another injury, a stress fracture in his lower back.

Archer, who last played competitive cricket in July 2021, was planning a return. Those aspirations have now been crushed after the pacemaker sustained yet another injury on his comeback road, ruling him out.

The 27-year-old has been dealing with injury concerns for the past year and had to have three surgeries in a period of 14 months, two to fix his elbow and one to remove a piece of glass from his hand. He made his last appearance in England colours during their 2021 tour to India, where he was a member of the Test and T20I teams.

Despite playing for England in fewer than fifty international games, Archer left a significant impression. With 20 kills during the 2019 ICC Men’s Cricket World Cup, he was the third-highest overall wicket-taker and the top wicket-taker for England. His bowling of the Super Over, which gave England their first-ever 50-over World Cup victory, cemented his place in history.