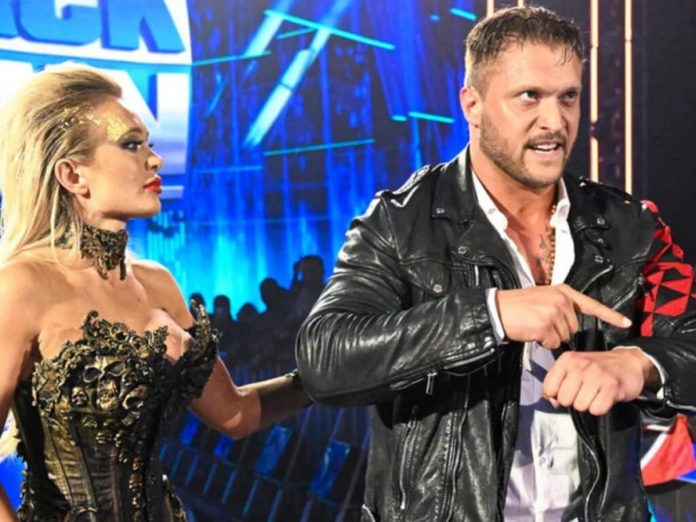 The two icons have been at odds for quite a long time. The Scottish Warrior’s bout against Roman Reigns for the Undisputed WWE Universal Championship at Clash at the Castle too was witnessed by the former NXT Champion Kross and his wife Scarlett. On September 9, Kross ambushed the former WWE Champion from behind and locked him in the perilous Kross Jacket. In retaliation, on the most recent edition of Smackdown McIntyre came with a long leather strap to the ring. The two began trading blows after which Kross fell to the post. McIntyre then strapped himself to Kross so as to curtail his ability to move away. It was at this point that Scarlett emerged into the ring and threw a fireball at Drew McIntyre to protect her partner. Kross was then able to lock Drew in the Kross Jacket.

Drew McIntyre revealed that the WWE Management had given him the opportunity to fight against Kross in a Strap Match at the WWE Extreme Rules PPV. This is a highly anticipated match that is already creating a lot of buzz and excitement among WWE fans.

How to Watch In India

Indian fans can watch this much-awaited fight on October 9 at 5:30 am IST on SonySports and SonyLiv.