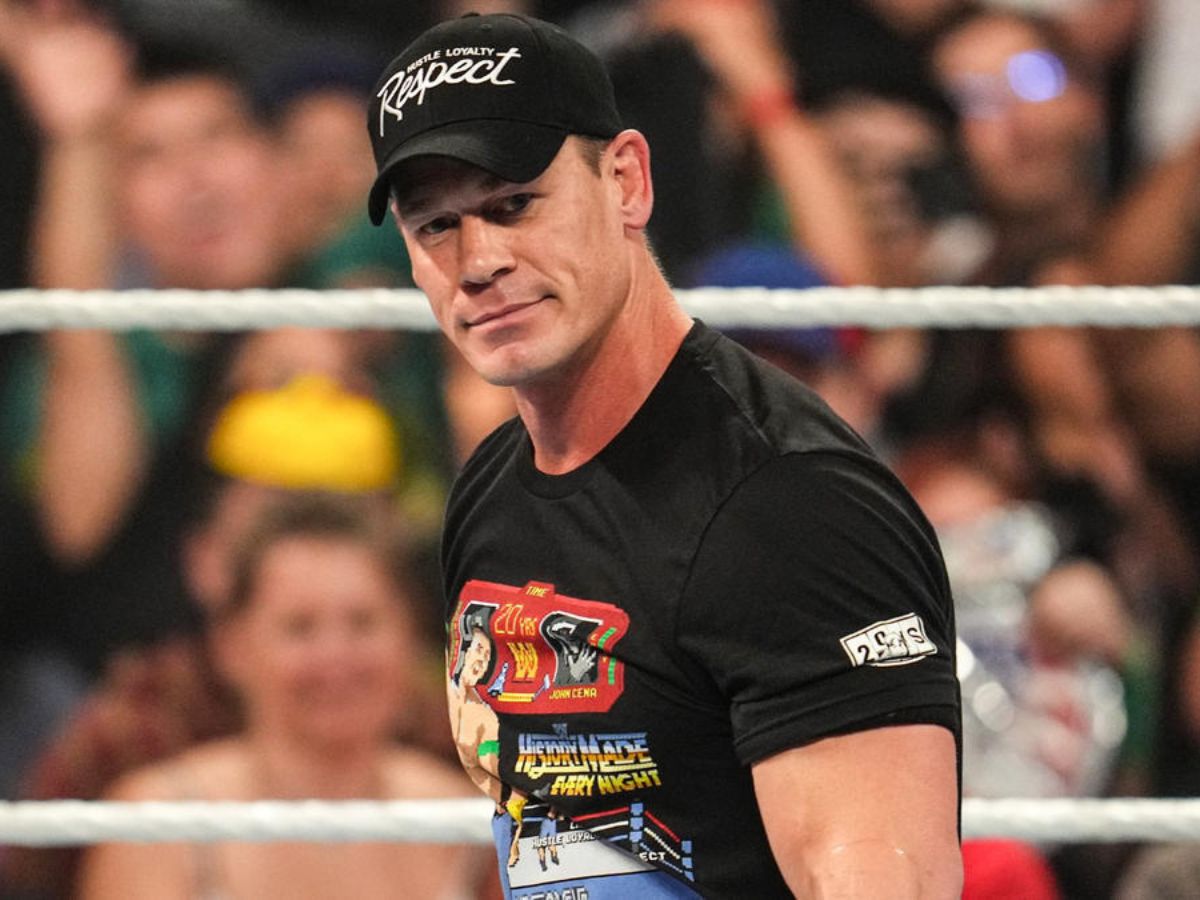 The recent WWE Raw episode celebrated the contribution of John Cena to the WWE Universe. The 16-time World Champion returned to this week’s Monday Night RAW and celebrated his 20th Anniversary.

It has been two decades since his debut at the WWE Smackdown 2002 against legend Kurt Angle. On Monday, Vince McMahon introduced the World Champion to the stage.

Cena stood at the entrance ramp at the WWE Universe in Laredo, Texas, and addressed the audience at WWE Universe. The crowd went gaga seeing the icon back on stage. AEW stars like Daniel Bryan and Chris Jericho also congratulated the wrestler.

Cena reflected on his journey and thanked his fans for supporting him.

Cena has been enjoying his time working in Holywood movies and appearing on many Television shows. He was not exactly sure when he plans to return to the ring. But he might make a comeback for more than one match.

“It’s been 20 years and I’m 45 years old, I only state that because I don’t know when you’re gonna see me in the ring again. I’m not saying you won’t, I just don’t know when that’s going to be.” he said

The 45-year-old also gave a sneak peek for his return to the WWE.

“We never give up. We’re just getting started. And if you want some … COME GET SOME!” Cena said

Listening to their childhood hero speaking from the heart touched countless fans, and a flood of heartfelt wishes started popping up on the social platform.

Stars like Triple H and Former WWE Superstar Alberto Del Rio shared a heartfelt message on Twitter. Cena and Del Rio were shown as rivals when Del Rio was part of WWE. He acknowledged that Cena has been one of his ‘best rivals’ and wished him the best for his future: