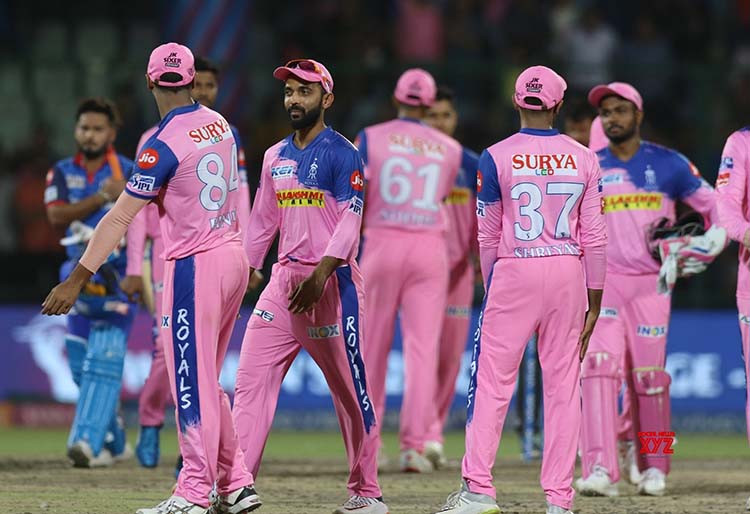 Riyan Parag is a vital part of the Rajasthan Royals batting squad and played every game of the now concluded IPL 2022 season for the Sanju Samson-led side, he has been an integral part of the camp since 2018. He was featured in all 17 matches and was the designated finisher for the Royals.

Riyan secured 183 runs in 17 matches, averaging 16.64 with a strike rate of 138.64. The youngster has one half-century to his from his IPL league stage fixture against Royal Challengers Bangalore (RCB) in Pune.

I Want To Emulate What MS Dhoni Did At No.6 & 7th Position: Riyan Parag

Here is what Riyan had to say to Sports Tak about his current progress and position in the lineup.

“I am learning a lot. No. 6 and 7 are not easy. People think you just come and hit sixes, there is no tension. But that is not how it works. I played a couple of good innings, and I definitely could have done better. But like I said, there is plenty to learn. I am happy with the position I bat at. I am not too happy with my performance but I think I am glad about my batting position.”

” I want to own No. 6 and 7 positions. Only one player has done that in world cricket and that is MS Dhoni. Barring him, no other person comes to mind. I hope to go on that road. Hopefully, whatever experience I have gained, I can take it and utilize it the following year,” Parag told Sports Tak.

Talking about a possible selection to the Indian team, the youngster claimed he does not deserve a call-up at the moment and feels that if he plays 6-7 match-winning knocks for RR in the IPL, he might find himself in contention.

The top-order batter was an integral part of India’s 2018 U19 World Cup team, he claims that he doesn’t mind waiting for his maiden call-up to the blue caps. Which means the player recognizes where his career currently stands, grounded in reality. Listening to the conversation shows how patient the 20-year-old is. He believes by waiting a little longer in order to hone the craft that could allow him and his side to win games in a consistent manner, eventually makes his way to represent India.

“I want to win more matches for India. I have won one or two matches but that is not enough. If I can make my team win 6-7 matches on the back of performances, only then I can be in the reckoning. If I get selected in the Indian team probables, I won’t like it myself. I don’t deserve it. In the coming season, I want to win more matches for my team, and that will in turn give me the confidence to perform well,” concluded Parag.

RR reached the final of the IPL 2022  for the first time in the last 14 years. However, they were beaten by Gujarat Titans by 7 wickets in the clash for the title at Ahmedabad’s Narendra Modi Stadium.