While The men in purple, KKR – Kolkata Knight Riders needs to bounce after their first win against Sunrisers Hyderabad. Morgan and his men will be a more worried team as nothing has gone right for them. They fought well against CSK. But still, they fell short of the mammoth target.

KKR is still in search of its third IPL title. The trophy winners of 2012 and 2014 have had a miserable tournament so far. They haven’t been an ideal chasing side. Against a powerful team like Mumbai Indians, the middle order batsmen of Kolkata Knight Riders had messed up the run chase despite a good start provided by Gill and Rana.

KKR won the first match of the IPL 2021 season by defending a score. But since then, they haven’t been doing it successfully. Their bowlers have found it tough to restrict the opposition for a modest score. Pat Cummins has been good with the bat. But the main job of the Aussie pacer is to take wickets with the new bowl. Andre Russell’s bowling form with Narine and Shakib not firing is also worrying for the Kolkata Knight Riders Team.

Shakib was brought with a great expectation in the auction. He was supposed to bat at number three from where he could anchor the innings well, and Morgan, Karthik and Russell would provide the finishing kick. But KKR hasn’t gone that way; they have struck with Rahul Tripathi at number three, which worked for them in the first match. But now Tripathi, too, hasn’t been firing consistently for them.

For this match, Kolkata Knight Riders can bring Shakib back and make the Bangla all-rounder bat at the number three position. They can open with Nitish Rana and Rahul Tripathi, who can provide an explosive start to the innings, while they can drop Shubman Gill as he takes time to settle down in a fast format like T20.

Morgan should promote himself up the order. He should come to bat after Shakib. But the form of the KKR and England skipper will worry them. Morgan needs one good innings to be his usual cracking flow, and if he promotes himself up the order, this might be the innings where the PBKS bowlers would be under a server threat.

Andre Russel played a lovely cameo against CSK. But he needs to finish the innings on a high along with Dinesh Karthik, who found some form in that match against CSK, which Kolkata Knight Riders lost by a margin of 18 runs. DK and Russell are experienced cricketers, and they have been in tough situations many times. So they should help their team to get over the line.

KKR can also drop Narine because Shakib can do a much better job for Kolkata Knight Riders. They can pick Lockie Fergusson in their playing XI. The Kiwi pacer will be an additional fast bowler in the team, with  Pat Cummins, who is struggling to provide the breakthroughs.

Instead of Prasidh Krishna, Harbhajan Singh should be back on the Kolkata Knight Riders side. Prasidh hasn’t been able to continue his international cricket form in the KKR camp, and with the three fast bowlers already on the side, KKR might not need his bowling services.

KL Rahul led Punjab Kings did well against the defending champions, Mumbai Indians. The bowlers had set up the morale-boosting win for PBKS, and they would want to be in the winning form from now.

Punjab needs to control the middle overs well, and that’s why they need someone experienced like Jhye Richardson, a good International bowler from Australia. Jhye can be replaced with another overseas player like Nicholas Pooran, who hasn’t been in any form. Deepak Hooda can take up the number four slot while Shahrukh Khan can play the finishing cameos with Allen.

Mayank Agarwal started well for PBKS in their last match, but he should have batted till the end to see his team through the run change. Just like his Skipper KL Rahul did. Chris Gayle, at number three, has fixed his spot. But according to many, Gayle will be much more dangerous if he opens the innings with Agarwal.

KL Rahul has an international T20 hundred at number four position for India. He is the only Indian player to score a century in that position. So the Punjab Kings – PBKS skipper can certainly bat at number three and anchor the innings well. KL has the strike rates issues. He scores run, but he should pace up his knocks well.

The 21st match of the IPL 2021 season is between PBKS Vs KKR. We can watch this match online through a live streaming service. The fans shouldn’t be sad and disheartened because they cannot see the match live in the stadium. But they should forget that and enjoy the match in the comfort of their homes. The live streaming service is available free on HOTSTAR, JIO TV, Airtel TV, Live Cricket TV, Sony Liv, and Live Ten Sports Mobile App.

For the first time in this IPL 2021 season, a league will be played at the newly build Motera Stadium. The venue for the PBKS Vs KKR match is the biggest stadium in the world. This match will be played at Shri Narendra Modi Stadium. in Ahmedabad.

SL vs IND Live Streaming Details 3rd T20I– When and Where to Watch, TV Channels List, and Timings 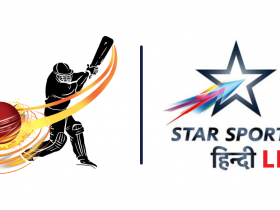