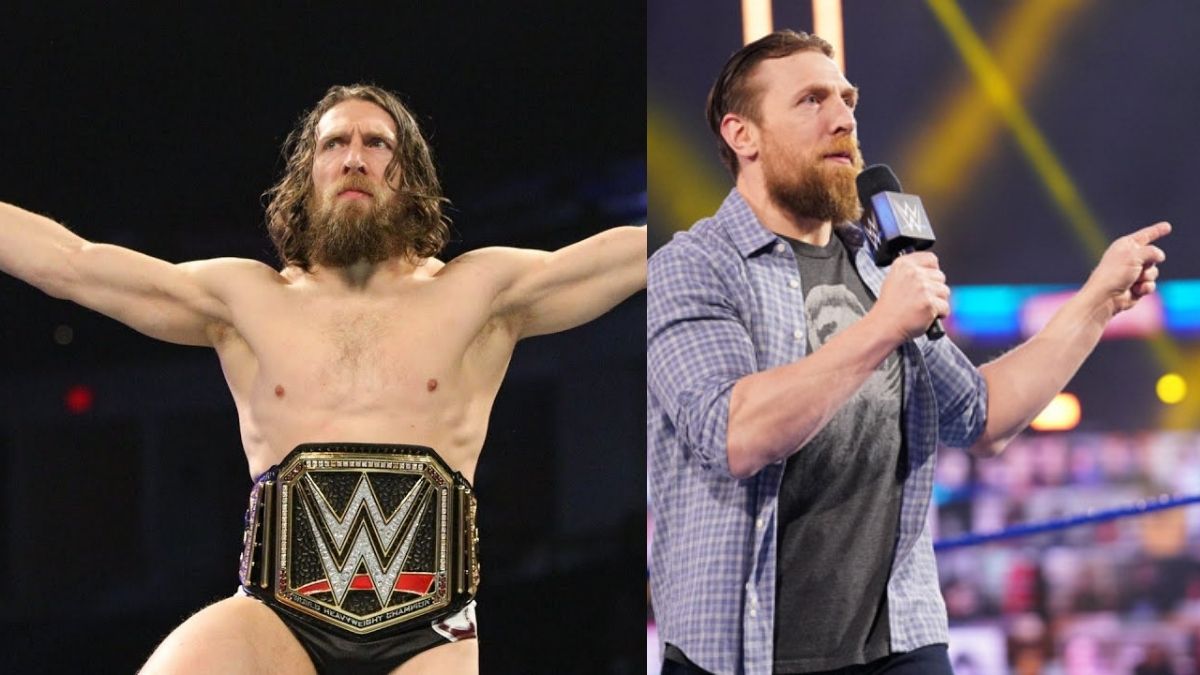 When you talk about underdogs in the wrestling business, you talk about Rey Mysterio, CM Punk, 1-2-3 Kid (a.k.a. Sean Waltman). Perhaps even smaller than them but none of them will hold a jar when it comes to none other than Daniel Bryan.

YES! The leader of the yes movement, the modern-day technical genius, the ultimate underdog, the unplanned future of WWE no matter what u call him it’s all true about Daniel Bryan. The guy who came out of the state of Washington and getting down in Texas with small bucks for learning wrestling from Shawn Michaels, the guy who is in our eyes a legend in the Ring of Honor Wrestling promotion as far as his career in that promotion goes, the guy who chose WWE over MMA training in 2010 which later became an accident on him getting over, the guy who won all the titles and ability was better than anyone but was never supposed to get a Mania main event, the guy who came out of retirement from full of injuries and made a successful and a miraculous return to wrestling. This is the guy that everything has happened to him.

In this article, we will look at his career stats, achievements, net worths, car collection, property, and some unknown facts.

Daniel Bryan was born in Aberdeen, Washington, on May 22, 1981, the son of therapist Darlene and lumberjack Donald “Buddy” Danielson. His mother was pregnant with him for over 10 months.  He has an older sister named Billie Sue. His father’s job moved the family to Vernal, Utah, then to Albany, Oregon before they returned to Aberdeen.

His parents divorced over his father’s alcoholism when Daniel was a child, though they remained on good terms. During his childhood, he was shown a professional wrestling magazine by a friend and has been a fan of wrestling ever since.

Daniel Bryan is married to Brie Bella on April 11th, 2014. They were dating each other since 2011. The family preparations from Daniel’s side were when he announced his retirement from wrestling and 2 months later he decided to make a family which also caused Brie Bella to be semi-retired. They have a daughter named Birdie Joe and a son named Buddy Desert.

If there is anything that we can’t deny is the fact that Daniel has earned every single penny that he deserved and it’s all because of his hard work, determination, passion towards wrestling, sacrifices, and smart and important decisions he made in his life that has led Daniel to the success he has today whether it’s wrestling success or financial success.

Sometimes the information about the properties of wrestlers is very hard to find out. In this case, there is very little information except there was a little sneak peek on Total Bellas program about his house in which he lives with his wife Brie and 2 children Birdie and Buddy. Brie calls that home “The Forever Home”. The house is in Seattle, Washington.

Q. Who is Daniel Bryan’s wife?

Q. Why did Daniel Bryan get fired?

WWE had to fire Daniel Bryan just after his debut in the main roster for ‘being too violent. Apparently, WWE sponsors didn’t like Bryan strangling ring announcer Justin Roberts with his own necktie and it led to the termination of Bryan’s contract.

Daniel Bryan temporarily retired between 2016-2018. Since making his return to active competition last year, he has been WWE World Champion and SmackDown Tag Team Champion.

Q. Does Daniel Bryan have kids?

Daniel Bryan and Brie Bella have one daughter, Birdie Joe Danielson, who was born on 9th May 2017.