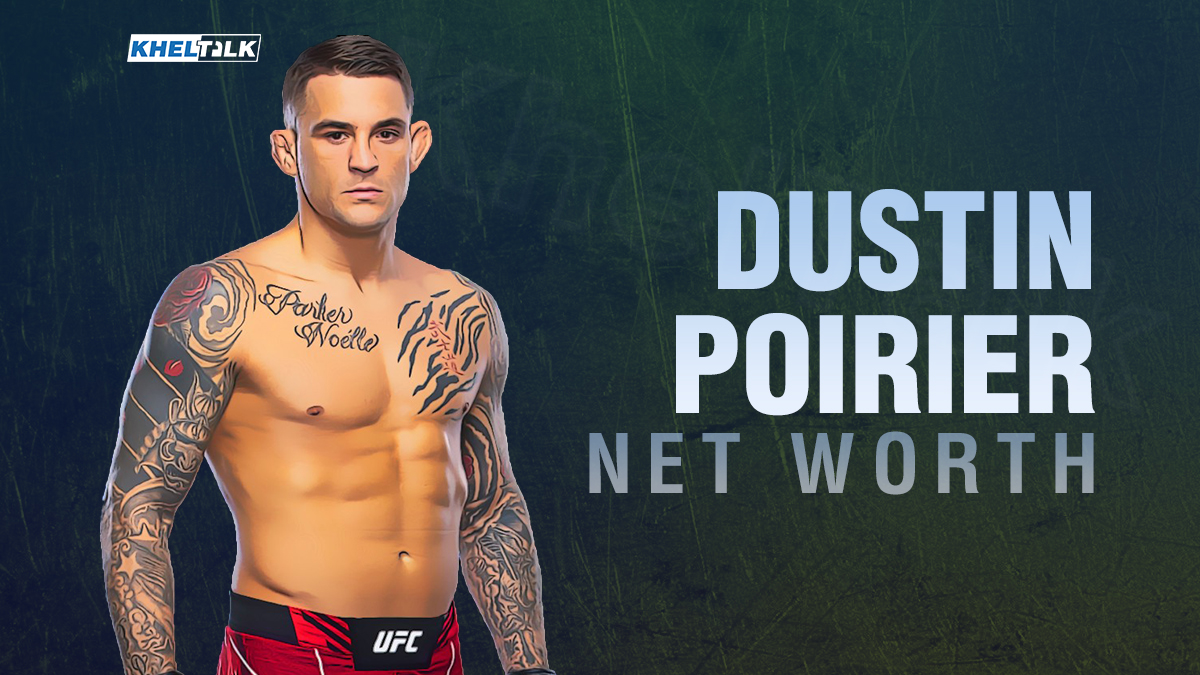 What is the net worth of Dustin Poirier?

Dustin Poirier is a Mixed-martial arts fighter who fights in the UFC Lightweight division and is better known for taking down legends of the game. Poirier has defeated big names like Conor McGregor, Eddie Alvarez, Max Holloway, and Justin Gaethje which will surely give him the legendary status when he retires but as of now, he has not won any title and only has been interim UFC Lightweight Champion which is surprising to know.

Dustin Poirier is one of the best strikers of MMA and even the great Khabib rates him the toughest opponent he ever faced during his illustrious unbeaten career. Dustin is American by Nationality and was born in Louisiana on 19th January 1989. He didn’t complete his schooling as in ninth grade only, he was dropped out of class for repeatedly getting involved in street fights.

Dustin Poirier has a black belt in Brazilian Jiu-jitsu and one of the most impressive things about his gameplay is his clean striking which has knocked out many giants, most noticeable Conor McGregor in their trilogy. In this article, we will take a look at Dustin Poirier’s career, net worth, house, and girlfriends.

Dustin Poirier is also known as The Diamond and his wife calls him Badman for his ruthless behavior in the cage. He has earned an estimated $5 Million through UFC only and most of it includes from his fight with Conor McGregor for which he postponed his title shot match. His current net worth stands at the $6 Million mark.

Dustin Poirier has now earned a big name for himself and he includes many big names in his takedown list. He has defeated big maniacs like Conor McGregor twice in his career which is an impeccable achievement but winning the Lightweight title remains his ultimate goal, although his recent loss to Charles Oliveira in the title match has left Dustin shattered.

Dustin Poirier is married to his first love and high school sweetheart Jolie Le Blanc who has been a rock pillar throughout Poirier’s journey in MMA. She always accompanies Dustin in his fights and their love is easily seen through their gestures. She manages all of Dustin’s charities and foundations. They both are blessed with one daughter.

Dustin Poirier has uploaded many pictures of his luxurious mansion a couple of times on social media but he keeps his personal life very private as he doesn’t want any interference in his personal space. He is from Louisiana and owns a mansion there but reportedly he now lives in a luxurious villa in Las Vegas which he bought after his 2nd fight with Conor McGregor where he received around $1 Million from the purse.

Dustin Poirier has a very favorable market figure and even his opponents respect him. He has endorsed many big brands and made around $1 Million through it. He is currently endorsing his own Sauce Brand also and is contracted under companies like

Q. Does Dustin Poirier have a tattoo on his body?

Yes, on his chest and arms in Japanese

Q. Has Dustin Poirier ever won a Lightweight title?

Yes but on an interim basis

Q. How many times has Dustin Poirier defeated Conor McGregor?

Q. What is the net worth of Dustin Poirier?