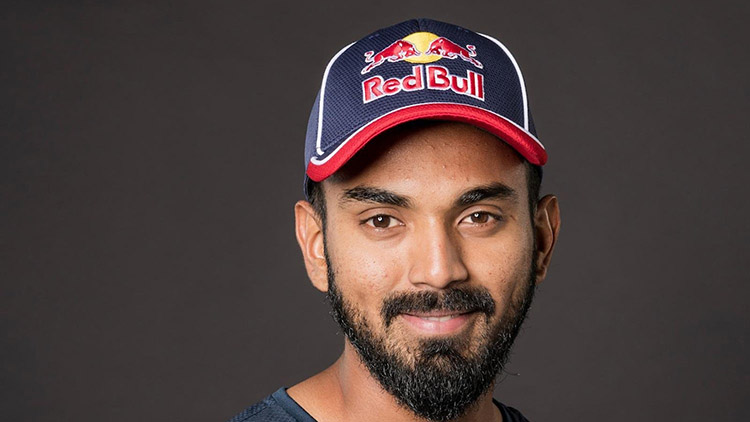 Who is KL Rahul?

Kannur Lokesh Rahul is an Indian Cricketer, who is commonly in the Cricketing world as KL Rahul. He was born on April 18 in 1992. KL Rahul plays in Domestic Cricket for Karnataka and is the Captain of the Kings XI Punjab franchise of the IPL.

He is also a regular member of the Indian Cricket Team in ODIs, Tests and T20s. The role of KL Rahul in the Team is of a right-handed batsman and wicket-keeper.

Kannur Lokesh Rahul was born on 18 April 1992 to Rajeshwari and K.N. Lokesh in Mangalore city of the Indian state of Karnataka. His father happens to be a Former Director and a professor at the National Institute of Technology Karnataka (NITK). On the other hand, his mother is a professor at Mangalore University. Rahul’s father was a big fan of Sunil Gavaskar. He wanted to name his son as Gavaskar but took the name of Rohan Gavaskar mistakenly as Rahul.

Rahul was brought in Mangalore and completed his High Schooling at the NITK English Medium School and did his Pre-University at the St. Aloysius College. He began his Cricket training at a tender age of 10. Two years down the line, Rahul started featuring for Bangalore United Cricket Club and Mangalore Club. He moved to Bangalore at the age of 18 to pursue his Cricket career and study at the Jain University.

Here is some basic information about KL Rahul like his age, height, date of birth & all the basic stuff.

KL Rahul family consists of his parents and a younger sister. He has a very small and sweet nuclear family

KL Rahul is rumored to be dating Sunil Shetty’s daughter, Athiya Shetty. They have been spotted together by the paparazzi numerous times. KL Rahul even posted a photo with her on his Instagram, with a caption “Hello, Devo Prasad?”. It is safe to say that Athiya Shetty is KL Rahul’s Girlfriend.

KL Rahul is very active on Instagram and Twitter, he has over 9 Million followers on both the platforms combined. He regularly updates his social media handles, to let his fans what he is up to at all times.

Kannur Lokesh Rahul happens to be the next big thing in Indian Cricket. The young Cricketer has garnered a lot of praise in the recent past owing to his one-in-all package. He is a stylish right-handed bat with many shots in his arsenal. The best thing is that he is ready to play at any position in the playing XI and score runs. What’s more, he is also a handy wicketkeeper and has proven his potential on numerous occasions. As things stand today, the net worth of Rahul is estimated to be around $4 million. KL Rahul is currently in the best form of his career – scoring runs in the match after match for India. Without an iota of doubt, he is among the best produces of India and one of the top batsmen in the game’s shortest format.

Although KL Rahul showed extreme class in recent opportunities given in T20 and ODIs and showing signs of progress in the Test Cricket, he was dropped. But that does not regard him anything less a classic modern day player. With abilities that he possesses, he will soon be getting included in the Test Team of India.

He features for his home state Karnataka in the Ranji Trophy, and he has risen in the ranks after coming up with back to back sizzling performances in First Class. He also represents the Kings XI Punjab and will Captain the side in the IPL 2020 season. The 13th season of the Indian Premier League has been postponed to April 15, 2020, owing to COVID-19 outbreak in India and across the globe.

The Net Worth of KL Rahul at a Glance –

As per the reports by Forbes, the earnings of Kannur Lokesh Rahul in 2019 were Rs.23.19 crore, and he was placed on 34th rank in Forbes Celebrity 100 List. He has slowly risen to the ranks over the years. As of 2020, his net worth is reported to be around Rs.27 crores.

In the Annual Player Contract List of Players by the Board of Control for Cricket in India (BCCI), Rahul was upgraded to the A Grade Category and is receiving Rs.5 crore. He also gets a game fee of Rs.3 lakh for a Test match, Rs.2 lakh for ODI and Rs.1.5 lakh for T20. He also keeps getting many performance-based cash rewards for hitting a ton, 50, and a double century, along with Man of the Match/Series performances.

In the IPL Auction 2018, KL Rahul was one of the most prized Indian buys. He was being provided with a retainer fee of Rs.11 crore for playing for the Kings XI Punjab.

KL Rahul generates most of his earnings by playing mainstream Cricket being a regular member of the Indian Team in almost all formats and even for Kings XI Punjab (IPL). Nonetheless, he also features in diverse brand endorsements for brands such as Cure.fit, Zenovit, Reserve Bank of India, Puma and Gully. Among his recent deals, one features a 3-year long endorsement with Puma and with Zenovit. His monthly earnings are $1,50,000 as he is the brand ambassador for Cure.fit.

However, there was a reduction in the number of endorsements that he was doing owing to his and Hardik Pandya’s irresponsible comments in Koffee with Karan Show.

The hobbies of KL Rahul include playing Football and Tennis, tattooing, listening to music, and gaming on PlayStation.