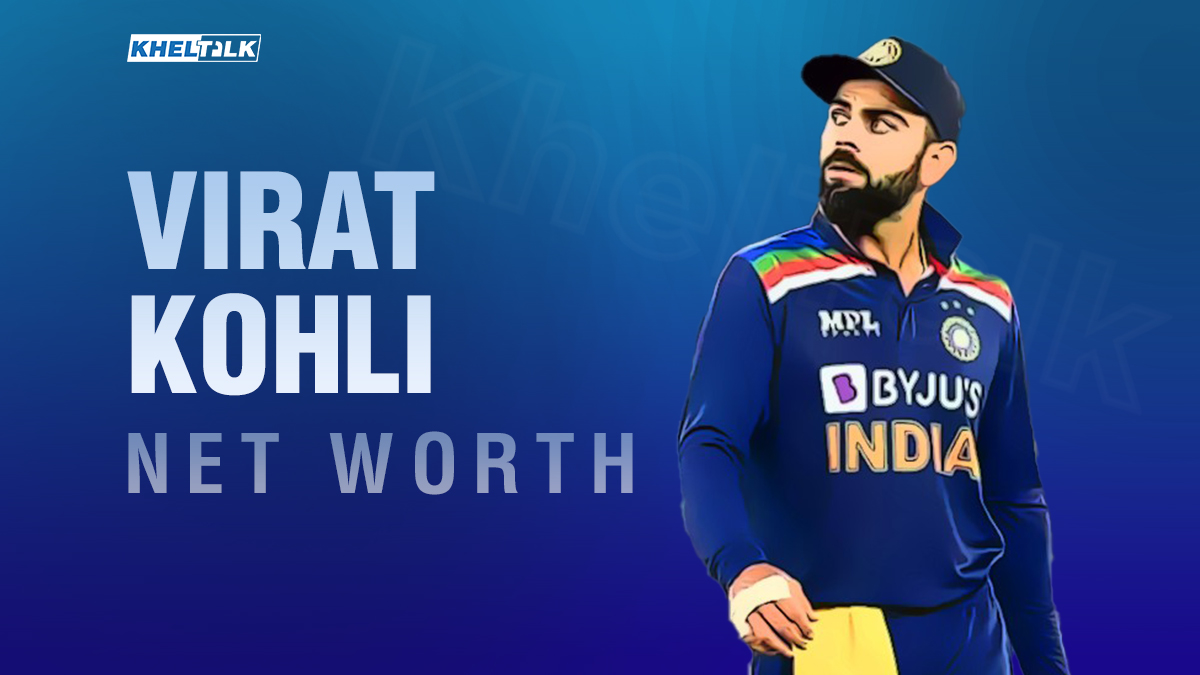 Virat Kohli is the biggest superstar of this generation and his presence only is enough to terrify any opposition team. The Delhi boy has achieved almost everything on the cricket field and is really big outside the cricket arena as well. He is called Cristiano Ronaldo of World Cricket and there is a big reason behind it. Many players are born with inbuilt natural talents like Rohit Sharma or Sachin Tendulkar but there are only a few who grind 24×7 to reach a topmost level which no one could imagine and Virat Kohli is the prime example of it.

Virat Kohli was born in a typical Delhi family and being a Punjabi, he was fond of food which made him a bit chubby, and had to lose a lot of weight to get into cricket. He made headlines in 2008 when he led India under-19 team to a World Cup win against all odds. Everyone knew about his potential but no one ever predicted that he is going to be the biggest superstar of this generation. He lost his father just before a Ranji Game and losing his father was the biggest heartbreak for young Virat which made him mentally tough.

Virat is now a global superstar and is one of the highest-paid athletes but at one stage, he had a really poor public image, and the media used to thrash him for his behavioral issues. He has matured a lot as a person but one thing which everyone loves about him is his aggression and competitive spirit. His presence only provides a big boost to any team and he brings a lot of energy to tables.

He is one of the biggest global stars and an icon of cricket on the world stage. Virat competes with athletes like Lionel Messi, Cristiano Ronaldo when it comes to earning and brand value. In this article, we take a look at Virat Kohli’s empire whether it is his luxurious houses or successful businesses.

Virat Kohli is the biggest icon of cricket and his stature is really big when it comes to the commercial market. His estimated net worth is around 850 crores and has various sources of earnings. He runs many successful ventures and on top of that his successful professional career has helped him to achieve new heights in the money game.

Virat Kohli is the former captain of the Indian team in ODI and Test formats. He has been an integral part of the Indian team since his debut but level India has achieved under his captaincy is marvelous. Virat Kohli is the main reason behind why India is the biggest powerhouse in cricket. He earns 7 Crores annually from BCCI as he is part of the A+ category in Central contracts. The criteria of match fees is as follows

Virat Kohli is, unfortunately, part of the list of big cricketers who have not won an IPL trophy and it is Virat Kohli’s dream to once touch that shining gold beauty. Virat Kohli is the highest run-scorer in IPL history and his bond with Royal Challengers Bangalore has always been unbreakable. He joined them as an unknown rising talent and transformed into a world-beater.

He joined RCB for just 12 Lakhs and in 2018, he was the highest-paid retained player for his 17 Crores salary. Virat is again retained by Royal Challengers Bangalore for the upcoming 2022 season but this time, Kohli has taken 2 crores to pay cut to stay with the franchise. He shares a special bond with Bangalore fans and has promised to play for them only until he hangs his boots.

Virat Kohli is the king of the endorsement world and his charges are highest among any athlete in India. He reportedly charges INR 2 crores per day for his shoots and brands are also happy to pay him as he is the master key for any brand to attract customers. Surprisingly, he had a bad-boy image during the start of his career and no one could ever imagine that his bad-boy image would make him a fan’s favorite. Virat makes around 178 Crores per year through endorsements only and some of his current brand endorsements are:

Virat Kohli is a Delhi boy but currently lives in Mumbai with his wife Anushka Sharma. He has houses at both places and both are valued in millions. He lives in Worli in a Sky Bungalow on the 34th Floor in the same building as Yuvraj Singh. He purchased that house after marrying Anushka and hired a renowned interior designer to design his house which cost 1.5 crores. His Delhi house is also luxurious and his elder brother lives there with his mother and family. His Delhi house is estimated to be around INR 10 crores.

Virat Kohli is the most followed Indian on Instagram and even surpassed Neymar recently on followers counts. He is a global star and generates handsome money through social media only. Virat Kohli reportedly charges INR 2 crores for promotional tweets or posts. Apart from business things, he posts regularly on social media giving updates about hai daily schedule.

Virat Kohli has achieved a lot on the cricket field but outside the cricket field also, he has touched many landmarks. He has invested in many big successful startups and even runs his own businesses which gives him a good return. Virat is a sports icon and his most of Investments are in the sports field only, like his sportswear and fashion brand WROGN which is a successful startup and even was kit sponsors of teams like Delhi Capitals, Royal Challengers Bangalore. Some of his startups are:

Virat Kohli is a big football fan and even before his matches, he plays football to warm up. He bought 12% stakes in the FC Goa team in Indian Super League and so far his team has been the most successful team of the Indian Super League. His team was League champions in 2019 and became the first Indian club to play in the AFC Champions League. Virat also owns a team in the Tennis league named UAE in which Roger Federer played in the International Tennis Premier League.

Virat Kohli was the most eligible bachelor of India till he met Anushka Sharma. They tied the knot after almost 5 years of relationship in 2017. Before Anushka Sharma came into Virat Kohli’s life, he dated many B-Town Hotties. Virat is a hot, charming figure and everyone is crazy about him. He dated the likes of Sarah Dias, Tamannaah Bhatia, Izabelle Leite, Manish Bahl before settling down with Anushka Sharma. They are now blessed with a daughter whom they named Vamika.

Q. What is the net worth of Virat Kohli?

Ans- Virat Kohli’s total net worth is around 850 crores

Q. What is the real age of Virat Kohli?

Q. Is Virat Kohli the owner of FC Goa?