KhelTalk is the only destination that brings you the finest today’s match prediction that you can trust. We are here for DC vs. KKR Today Match Prediction, Qualifier 2, IPL 2021 Online Cricket Betting Tips, which will provide every user with a clear picture of which team and in what aspect they can place their bets.

Kolkata Knight Riders are on a roll at the moment and will be favorites for the match against Delhi Capitals in qualifier 2. Kolkata remarkably defeated Royal Challengers Bangalore and it was a complete performance from men in purple. Their record in Sharjah is tremendous this season and they already defeated Delhi Capitals on the same Sharjah track so it will be a huge edge for them.

Kolkata Knight Riders were nowhere near in the playoffs race before the start of the second leg but Morgan and his men have proved everyone wrong and are now hot favorites to win this championship. Despite missing Andre Russell, they are looking for a complete side with Shakib chipping in with useful contributions with bat and bowl.

Delhi Capitals have made their life tough after a bitter loss in the last over against Chennai. They will be now facing the dangerous Kolkata Knight Riders who are familiar with Sharjah conditions and have played their last two matches there. Delhi has arguably the most complete squad of this season but they have certainly struggled on slow tracks. It will be interesting to see how Delhi will pick itself up after that loss.

Delhi has already met once Kolkata on Sharjah pitch and at that time also Kolkata dominated them. Delhi lacks a solid batsman who could play the anchor role which was played by Shikhar Dhawan in the first half but he has failed to replicate in the second half. Shreyas Iyer has also failed to deliver after scoring runs in initial matches which is an alarming signal for them. It is now up to Rishabh Pant whether he will prefer an extra batsman to tackle Kolkata’s spinners or go with the same team.

It will be the final game of this season in Sharjah and the weather will have no mercy again. Temperature will be around 32 degrees with extreme heat and humidity. There are no chances of rain or sand storms which is a good sign. Dew started to arrive in Dubai and Abu Dhabi matches but there have been no signs of Dew in Sharjah matches yet.

Sharjah pitch actually played better in the last match. Royal Challengers were once 49 runs for no loss at the end of the 5 overs mark. However, the real game starts in middle overs and spinners’ performance will be the deciding factor in this match. The average score has been around 140 on this pitch but qualifiers pressure is different and no score is safe on this wicket.

DC vs KKR– Who will win the match, Today Match Prediction:

KhelTalk experts feel that Kolkata Knight Riders will win against Delhi Capitals in this encounter. Kolkata Knight Riders will clearly start as favorites for this clash. Sharjah’s pitch has suited their playing style and the last two consecutive victories in Sharjah will give them a huge edge. They have not lost yet in Sharjah and even defeated Delhi once on the same track.

Kolkata has all the weapons to take down Delhi who are suddenly in hot water despite finishing at top of the table. The injury of Marcus Stoinis has left a big hole in Delhi’s lineup and they have not found a replacement yet for him. They tried different players like Steve Smith and Tom Curran but it always left a void in the batting or bowling department. We expect Kolkata Knight Riders to continue and march into the finals.

Nitish Rana has been instrumental for Kolkata Knight Riders ever since joining them in the 2018 season. He has constantly scored runs for them and especially this season, he has played some crucial Knocks under pressure.

Most memorable was ironically against Delhi Capitals this season where he scored unbeaten 36 runs and gave Kolkata a thumping victory. Rana will be hoping to continue his run in this tournament and help Kolkata to reach their 3rd IPL final. Rana is a good player of spin and can give you good returns from this match. He is our pick for best batsman from Kolkata Knight Riders.

Prithvi Shaw was under supreme pressure after failing in the initial innings of the UAE leg but has showcased his talent in the last two matches. Against Chennai, he scored thunderous 60 runs and was looking very dangerous. He has scored more than 400 runs this season and could be a game-changer for Delhi in this must-win clash.

Sharjah is a slow pitch which might not suit Shaw but he has all ability to conquer this challenge. His performance in powerplay could be a deciding factor. He has looked in excellent touch in the last few matches and can give you good returns from this match.

Axar Patel has certainly backed his inclusion in India’s World T20 squad with some strong performances in the 2nd leg. He was always a good economical bowler in middle overs who used to provide grip in the match but he has emerged as a wicket-taker now which has been the most surprising thing this season.

Axar has picked 15 wickets this season and his economy is even less than 7. He is known for his accuracy and Sharjah pitch is tailor-made for him to hunt Knight Riders batters. He is a certified performer and is our pick for best bowler from Delhi Capitals.

Sunil Narine again proved in the last match why he is considered the greatest of all time in T20 cricket. It was a knockout game against an in-form star-studded lineup and Narine took four wickets of the main batsmen of Royal Challenger Bangalore which is enough to show the power of this magician.

Narine was a man of the match in the last match against Delhi Capitals and if he repeats the same performance then there is no one stopping Kolkata to reach their maiden final after the triumph of the 2014 season. Narine is an experienced campaigner and will be one to watch out for in this match. He is our pick for best bowler from Kolkata Knight Riders. 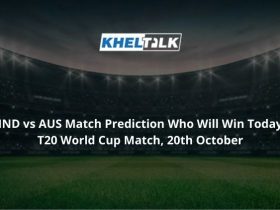 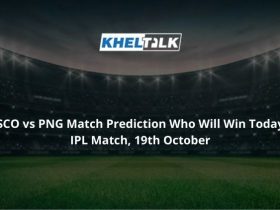 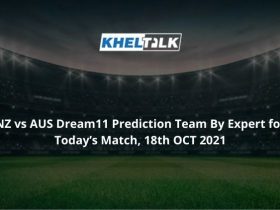 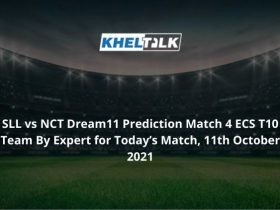