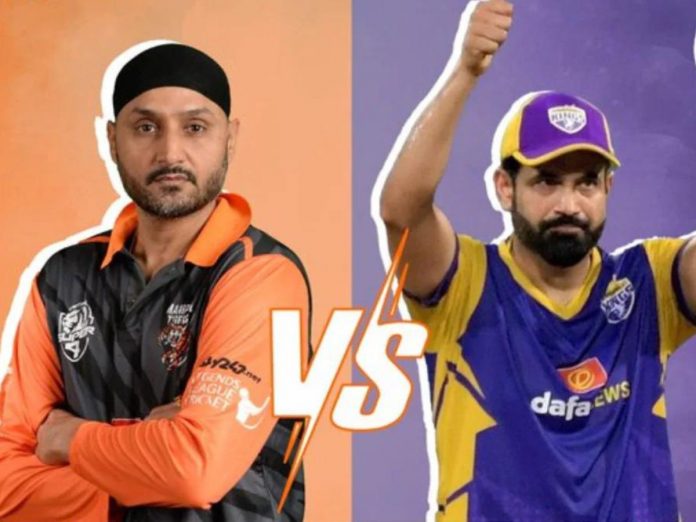 Welcome to the GJG vs BHK Today Match Prediction curated by Kheltalk cricket experts. Bhilwara Kings will take on Gujarat Giants in the 10th match of Legends League T20 Cricket 2022 in Cuttack on Friday, 30 September 2022. Keep on reading for more information on the GJG vs BHK game.

Bhilwara Kings and Gujarat Giants will meet for the second time in the tournament. In their previous meeting, Bhilwara Kings took down Gujarat Lions by 57 runs. Ireland’s William Porterfield and South Africa’s Morne van Wyk unleashed themselves, scored a half-century each, and blanked the Giants.

Giants managed only 165 while chasing 223. Sreesanth was the pick of the bowlers with three scalps. This loss pushed the Giants down in the points table and they currently occupy 3rd position. Bhilwara Kings moved ahead of them to take the second spot because of a better net run rate despite having the same points.

Top Batsmen for GJG vs BHK

Top Bowlers for GJG vs BHK

BHK to win this match

Kings will look to continue their dominance in the tournament. They are currently in the 2nd spot of the table and are most likely to end up at the top after this completion. William Porterfield was outstanding in the last meeting and he holds the key in this match as well.

Giants, on the other hand, will hope for a big knock from their captain Sehwag. A big knock is due from the Indian superstar’s bat and this could be his day.