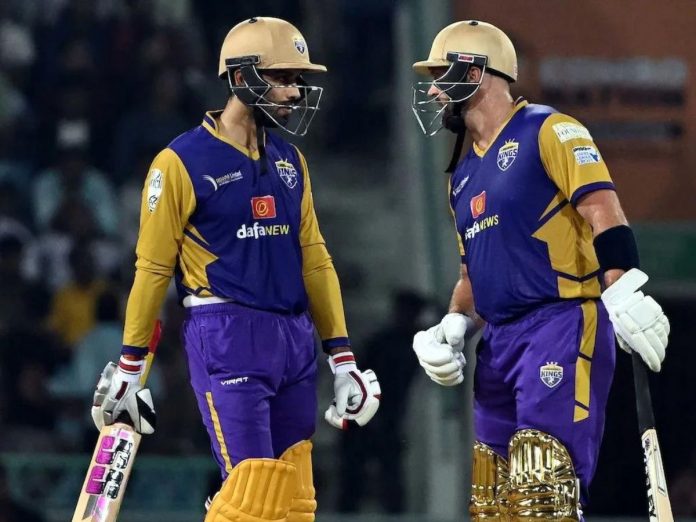 Welcome to the GJG vs BHK Today Match Prediction curated by Kheltalk cricket experts. Bhilwara Kings will take on Gujarat Giants in the 9th match of Legends League T20 Cricket 2022 in Cuttack on Tuesday, 27 September 2022. Keep on reading for more information on the GJG vs BHK game.

Gujarat Giants and Bhilwara Kings will meet for the first time in the tournament. Gujarat Giants are currently in the 2nd spot with two wins and five points.

Top Batsmen for GJG vs BHK

Top Bowlers for GJG vs BHK

Gujarat Giants to win this match

Gujarat Giants will look to continue their dominance in the tournament. They are currently in the 2nd spot of the table and are most likely to end up at the top after this completion. Kevin O’Brien is the player to watch out for in this match. On the other hand, Thisara Perera is likely to play a good role today.