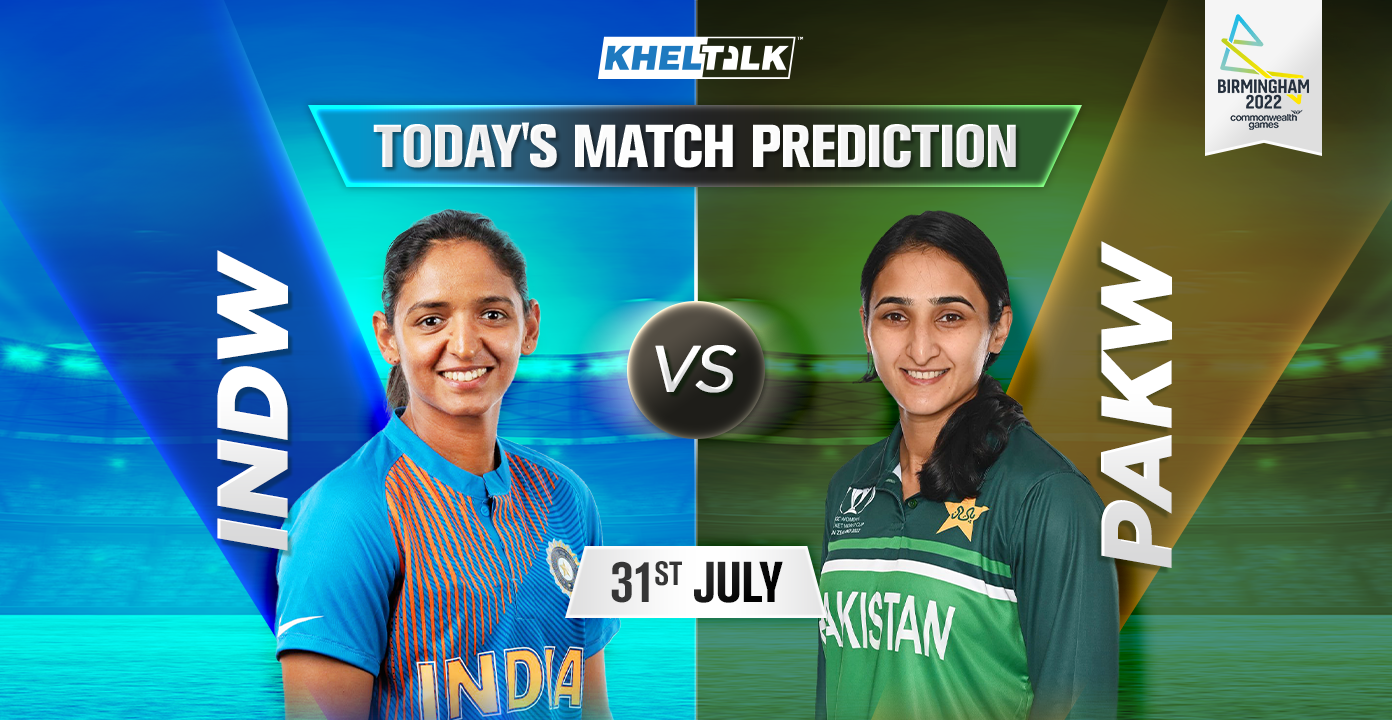 Welcome to the IN-W vs PK-W Today Prediction curated by Kheltalk cricket experts. India Women will now face Pakistan Women in Women’s T20 Commonwealth Games 2022 on 31 July 2022 at Edgbaston, Birmingham. Keep on reading for more information on the IN-W vs PK-W game.

India’s second match in the Games would be against their arch-rivals Pakistan. Both teams have had some good battles in the past and this match will certainly pull the crowd in. India’s last series was against Sri Lanka which they had won with ease by 2-1 margin. India then faced Australia in the first match of the Commonwealth Games. The team dominated right from the start only to lose the game in the final ten deliveries.

Pakistan, on the other hand, played in the tri-series alongside Ireland and Australia. Though most of the matches ended without result because of rain, Pakistan did taste some success against Ireland. Also, before coming into this tournament, Pakistan played a couple of T20s against MCC XI and won both their matches.

India is the favourite here. They have a good record against the Pakistan team in any format, be it ODI or T20I. They have also won their last four encounters against Pakistan with ease. Having said that this is their first meeting since 2018 in this format. A lot has changed since then. Pakistan is expected to put up a good fight here. Mind you, they did put pressure on the Indian team during the World Cup recently. India was then saved by the lower-order batters.