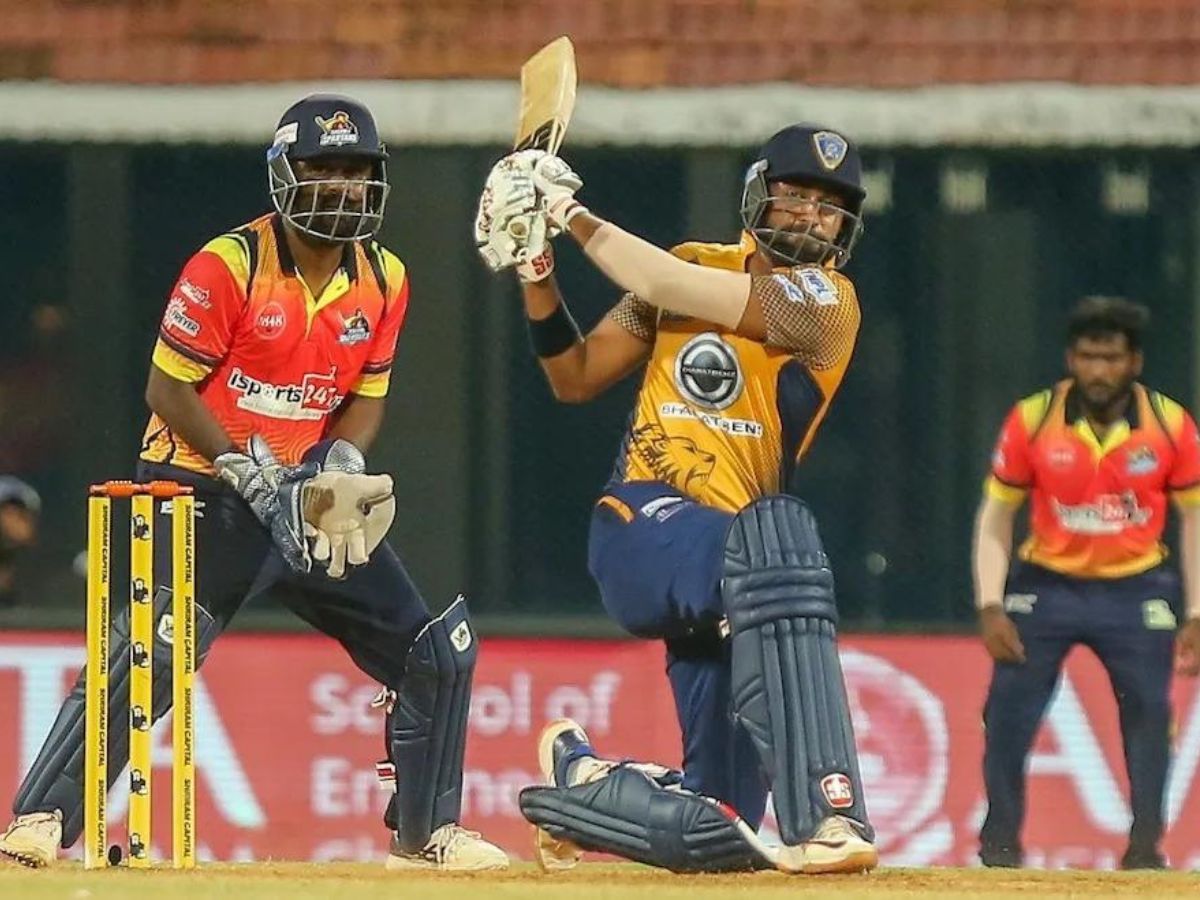 Welcome to the NRK vs CSG Today Prediction curated by Kheltalk cricket experts. Nellai Royal Kings will now face Chepauk Super Gillies in the TNPL 2022 on 27 July 2022 at Salem. Keep on reading for more information on the NRK vs CSG game.

Nellai Royal Kings, the table toppers, will look for a comeback today after losing their last game against Kovai Kings. Nellai were too good in this tournament and had won six matches in a row before their last contest. Still, it didn’t make much difference in the points table as they end the league stage at the top.

Chepauk Super Gillies looks in great form right now. They suffered two losses at the beginning of the tournament and since then, there is no look back. They have won their last five matches with a better net run rate to finish second in the points table.

Chepauk used to dominate against Nellai in the earlier editions but for the past two editions, Nellai has won their encounter. This year’s match went down the wire as the match was decided through super over. Kings won the game in the end.

Top Batsmen for NRK vs CSG

Top Bowlers for NRK vs CSG

NRK vs CSG Today Match Prediction, TNPL 2022, Who Will Win the Match?

Nellai is the best team in this edition. The way they won all their first six matches puts them at the top for a win in this match. Also, they had defeated Chepauk in their previous two matches. Though both matches were a close encounters, Nellai would be more confident coming into this contest.

Amongst the players, Sanjay Yadav’s outstanding season has helped his team to come this far and he would be the key in this match as well. The best part of Sanjay’s season is that he is also aggressive and has a strike rate over 180 in his last ten T20s.

For Chepauk, the team’s top order has scored the most runs, thanks to the openers Kaushik Gandhi and Narayan Jagadeesan. They are the best bet in this match as well.

When it comes to the bowlers, Chepauk would be hoping that Sandeep Warrier gets going here. A wicket or two early in the match would certainly put Nellai on the back foot. Either way, this is going to be yet another close contest between two top teams.