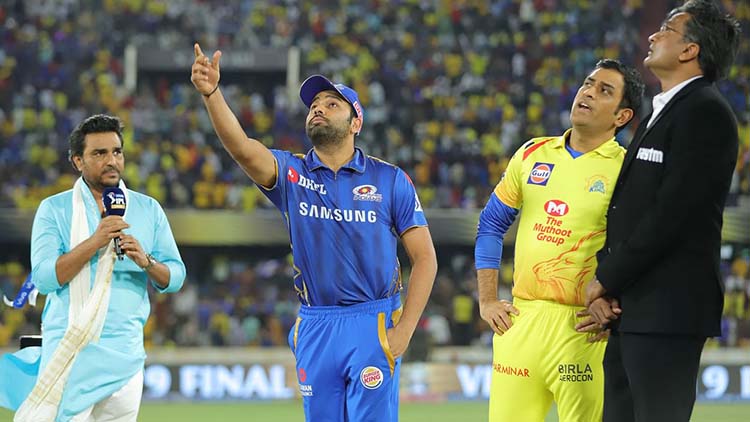 In this today match prediction, we are going to find out who will win 2020 IPL organised in the UAE! Here we’ll discuss which IPL team has the best chances of winning!

Indian Premier League is soon back with its 13th edition. Due to the Coronavirus pandemic, ICC T20 World Cup is postponed. Cricket fans took a sigh of relief when it was announced that the much-awaited IPL 2020 will return during September. Many big leagues and competitions of major sports have already been cancelled. Fortunately, the joy of IPL continues.

The competition is usually played in April and May. This year, it’s set to run from September- November. The BCCI has decided to host the tournament in UAE from Sept 19 to November 8, subject to the approval of the central government. UAE has successfully hosted IPL season 7 in 2014 when KKR became the eventual champion, who will win it this time?

Season 13 of IPL is scheduled to be played around the best stadiums in UAE including Sheik Zayed Stadium, Sharjah Cricket Stadium, and Dubai International Cricket Stadium. These 3 stadiums also hosted the matches during the 7th season of IPL. A total of 20 matches were played at these venues.

Fans expect lots of runs and explosive innings in T-20 matches. However, the conditions of the pitch in the UAE do not favour an aggressive style of batting. Nevertheless, IPL teams recruit the best players from all over the world, for sure there will be sparks and excitement.

The average total of the first innings in these three stadiums is 153 (Sharjah), 147 (Abu Dhabi), and 149 (Dubai). Stats prove that average runs tally is lower compared to the average runs on Indian pitches.

Also, the grounds are more suitable for chasing a target. About two-thirds of all matches played in the UAE saw the team chasing a score winning the match. Do not be surprised if captains opt to bowl first after winning the toss. These grounds are perfect for spinners and medium-pace bowlers.

Which IPL Teams are likely to miss out on playoffs?

There were a few surprises during the auction of this year’s IPL. Buyers were keen on adding players that are likely to do well on Indian pitches. The basic layout of the squad looks a bit altered.

A majority of Indian players who are the stars of their respective IPL clubs are likely to not enjoy the best of the campaign this year. The pitches of UAE will be challenging for them because of the lack of experience playing there.

This edition of IPL will depend a lot on the selection of foreign players. In theory, as it appears squads with a good depth of skilful spinners and medium-pacers will win the tournament. Today match prediction or predicting a winner is tougher than ever due to change in venue and climate.

It is hard to predict who will win the IPL 2020 but Kolkata Knight Riders are likely to be a huge disappointment. KKR is not a very spin-oriented team that could be a deciding factor in fixtures. However, they won the IPL trophy in 2014 when a few matches of the tournament were played on the same grounds.

The squad was bought keeping in mind the home stadium of KKR. Eden Gardens has been renovated to become a more batting-friendly stadium. Therefore, the head coach of KKR, McCullum went for an aggressive, attacking team.

While it was a smart move for playing at Eden Gardens, it’s quite the opposite for games played at stadiums in UAE. One of the main stars of the team, Pat Cummins is likely to face a tough challenge playing at “dead” pitches of UAE. KKR doesn’t look to be the favourites for making it to the playoffs.

RCB has recruited some of the best and explosive batsmen, a tactic that’s unfavourable in the UAE. In the past, RCB has failed to win despite having the best squad. This year, they do not look strong enough to even make it to the playoffs. It’s all because of their poor squad selection.

The champions of season 12, Mumbai Indians will not enjoy a nice campaign. They are one of the clubs who will probably miss out on making it to the playoffs. Just like with Eden Gardens, Wankhede stadium has quite the contrary playing climate compared to the stadiums in the UAE.

MI has packed their squad with a lot of hard-hitters to be led by ‘The Hitman’, Rohit Sharma. These batsmen will have a tough time playing on new grounds. Also, Mumbai Indians look weak in the bowling department. They do not have many good options for spinners. If the competition were to be held in India, MI would be one of the favourites to win it consecutively.

Mumbai Indians did not perform well in the UAE during the 7th edition of IPL. They look like one of the weakest teams going to defend the trophy. One of the most exciting players to look for in the tournament is the English all-rounder Ben Stokes.

He’s been in a scintillating form and has the ability to win any match with both his batting and bowling. This is great news for Rajasthan Royals that look a little weak otherwise. It’s all down to experienced foreign players who are likely to play a key role ahead of their Indian counterparts in this edition of IPL.

Who are favourites to finish in the top 4?

Delhi Capitals look quite strong as a team this season. It will be interesting to see how they line up and how well they perform. They will surely join the tournament as an underdog. They strengthened the squad with the addition of Ajinkya Rahane and R. Ashwin. The latter seems to be one of the best players to play on the pitches of UAE.

The spinner will be able to make the best of his trickery. Other promising names in the team are S. Iyer, Axar Patel, and Shikhar Dhawan. Despite not having a lot of big-name players, Delhi Capitals have a good mix of domestic and overseas players who look set to make it to the playoffs.

Sunrisers Hyderabad will enter the tournament as one of the favourites to win it. In their captain, David Warner, they have a strike force that can send shivers down the spine of the opponents. The new head coach, Trevor Baylis is a blessing in disguise for the team.

Traditionally, SRH as a team is not the one to score a lot of runs. They have a balanced squad and get results based on combined efforts of bowlers and batsmen. Bhuvneshwar Kumar will surely enjoy a good form in the competition.

Chennai Super Kings do not seem bothered with a change in the venue. Being a Chennai based club, players are used to playing in a hot, humid climate. This will be a good advantage for the players, especially bowlers.

CSK enters the competition as favourites every season, this edition will be no exception. Their strong squad full of good spinners and skilful batsmen will give opponents a tough time on the ground. Suresh Raina will be a key player for CSK this season.

Kings XI Punjab must be feeling confident going in the competition this season. They enjoyed one of their best campaigns in IPL history during the matches played in the UAE, back in 2014. They won all of the five matches played in the UAE. They have a great leader in Glenn Maxwell. A majority of their main players have rich experience playing in this country on several occasions.

They have a few players in the squad who were brilliant during the T-10 world cup that was hosted in the same stadiums. They have a nice mix of spinners and medium-pacers to further boost their morale. To top that, in form batsman, KL Rahul looks determined to be the captain fantastic. Who will win is anyone’s guess, our pick would be Kings XI Punjab.