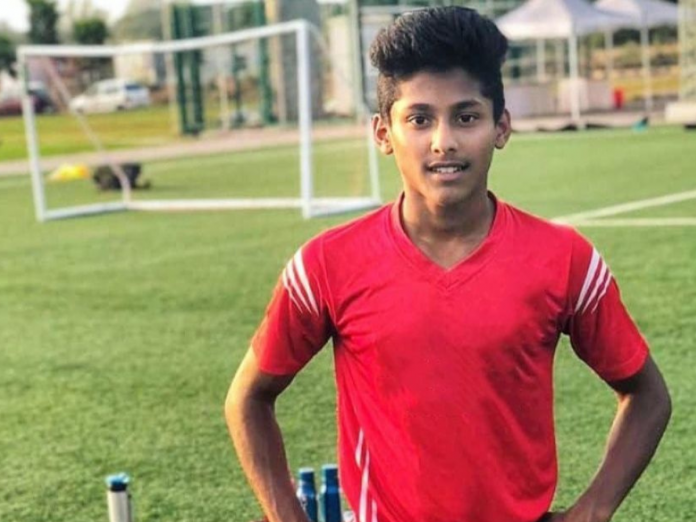 Getting an India cap is a highly prestigious honour and several players work hard behind getting a call-up to the national team of football.

With the advent of the Indian Super League (ISL), several young Indian footballers have received a platform to showcase their abilities and talent. The exposure they have got at ISL is sensational and they have also received valuable experiences from the foreign players who play for different clubs.

Because of their stupendous performances at the ISL and other domestic tournaments, several domestic players might receive their maiden Indian team call.

In this article, we take a look at 5 Indian domestic players who might be seen in India colours soon:

One of the most promising midfielders, Sanjeev Stalin represents Mumbai City FC in the ISL. He has represented the youth Indian teams on numerous occasions and is a very proficient midfielder. Having previously represented clubs such as Kerala Blasters and Indian Arrows, Stalin might soon receive his maiden India call up.

One of the major reasons why FC Goa lifted the 2021 Durand Cup trophies was the emergence of Muhammed Nemil. He played a stupendous role for the Gaurs and netted 4 goals for them in that campaign. The attacking midfielder is a shining star of India and an India team debut is not far away for the youngster.

Bidyashagar Singh will be representing FC Goa in 2022. He has been roped in on loan from Bengaluru FC and is a highly-efficient striker. The 24-year-old hails from Manipur and has previously represented TRAU FC and East Bengal FC. He netted 2 goals for Bengaluru in 2021-22.

Originally a striker, Damaitphang Lyngdoh now plays as a midfielder for Sunil Chhetri’s Bengaluru FC. He played a crucial role in the Blues’ Durand Cup 2021 campaign and represented Bengaluru FC in ISL 2021-22 in 1 game. He has spent his youth career with Bengaluru FC and has been associated with the club since his formative years. His exemplary midfield performances make him an exciting youngster.

Another exciting prospect in the making, Sumit Rathi was the winner of ISL Emerging Player award in ISL 2019-20. The defender was a part of the winning campaign of Atletico de Kolkata and was brilliant with his performances. He has represented India in the U20 and U23 categories and soon might be called up for the national team.