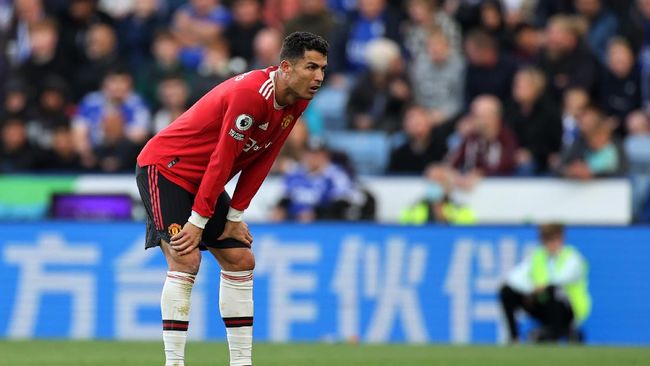 Cristiano Ronaldo has asked Manchester United to release him from his contract, according to reports. Ronaldo’s desire to leave Man Utd, which met with various rejections, could end up in Manchester City. Four big clubs from four different countries, Paris Saint-Germain (PSG), Bayern Munich, Chelsea and Atletico Madrid have closed the door for Ronaldo. His strong desire to move was collided.

However, Ronaldo is still looking for ways to find a place to play in the Champions League, as is the reason that is often cited as the trigger for the 37-year-old player’s desire to leave Manchester United. Amid a wave of rejection, Ronaldo’s camp could have tried their luck by offering themselves to Man City, which last season almost got the megastar.

If Ronaldo does not mind moving to Atletico Madrid, which is Real Madrid’s big rival, then there is also a chance for the Champions League top scorer to cross from Manchester Red to The Citizens’.

Judging from the ranks of forwards owned by Man City, Ronaldo could have filled the place under Pep Guardiola’s direction. Erling Haaland, Jack Grealish, Riyad Mahrez, Phil Foden, Bernardo Silva and Julian Alvarez are Ronaldo’s competitors if he wants to get a regular place in The Citizens.

If Manchester United softens and is willing to let Ronaldo go, Man City also has the financial resources. Likewise, to pay Ronaldo’s high salary, Man City also did not struggle.

Man City who have difficulty winning the Champions League title may need the figure of Ronaldo who has a collection of five Henri Delaunay trophies aka the Wide Ear trophy.

Ronaldo’s name, which is still famous on the world level green field, can also be the main attraction for Man City to recruit the former Sporting Lisbon player in order to dredge the sale of knick-knacks.