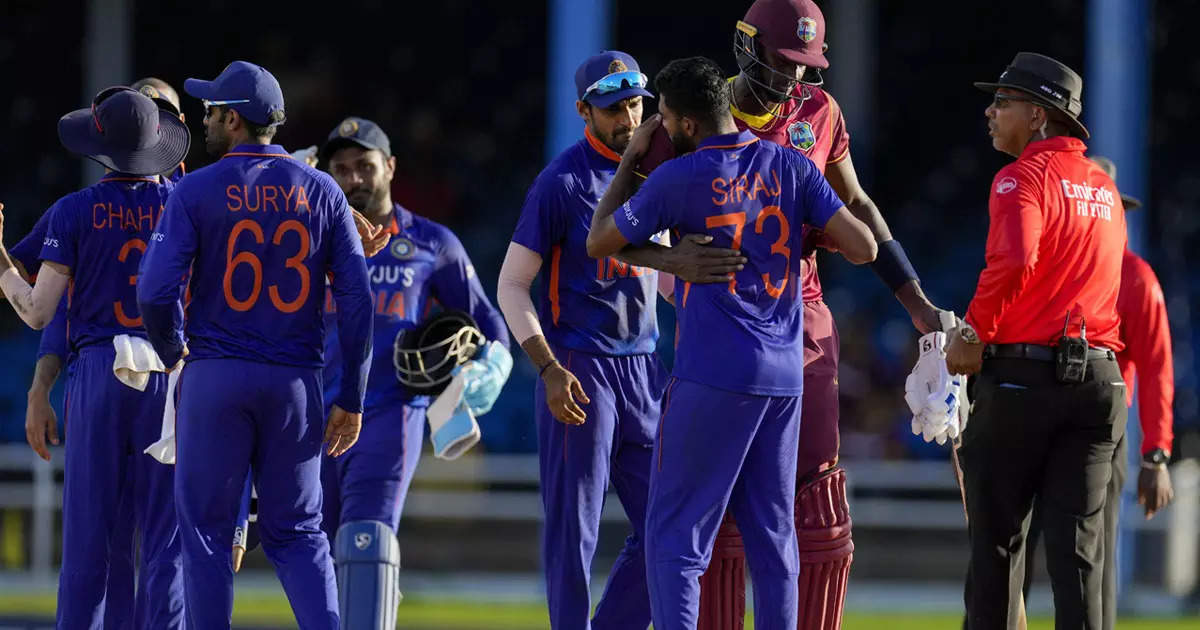 Shubman Gill was denied the first international century of his career by just two runs due to rain, but his unbeaten 98 and then Yuzvendra Chahal’s storm blew the Caribbean team away. India beat the series by 119 runs under the Duckworth-Lewis method in the third ODI to clean sweep the series 3–0. After the completion of 24 overs of India’s innings, the match was stopped due to rain and the match was reduced to 40 overs.

For the second time, after the completion of 36 overs of the Indian innings, rain came and the visiting team’s innings was ended here on a score of 225 runs for three wickets. West Indies were then set a target of 257 runs in 35 overs under the Duckworth-Lewis method. In reply, Windies were bundled out for 137 runs.

Well played to @BCCI on the series victory and 3-0 win.👏🏿 #WIvIND pic.twitter.com/vy7xAZ55H6

The Indian team has been playing bilateral series on the Windies tour since 1983. Never before had Team India been able to clean sweep it in ODIs. This happened for the first time in the history of 39 years when Team India completely dominated the host team. Gill, who was the hero of the match, played an unbeaten 98 in 98 balls with the help of two sixes and seven fours. He shared 113 for the first wicket with skipper Shikhar Dhawan (58) and 86 runs for the second wicket with Shreyas Iyer (44).

In response, the West Indies team was reduced to 137 runs in 26 overs in front of the sharp bowling of Yuzvendra Chahal (4 for 17), Mohammad Siraj (2 for 14) and Shardul Thakur (2 for 17). West Indies lost their last five wickets for just 18 runs. For the team, only Brendan King (42) and captain Nicholas Pooran (42) were able to bat while their four batsmen failed to open the account.

West Indies have lost four of their last five bilateral ODI series 0-3. During this, India twice while Pakistan and Bangladesh once cleaned it.