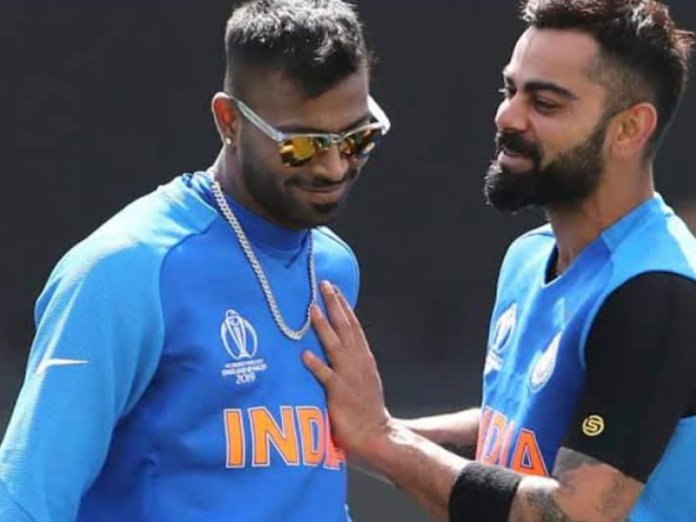 India will be locking horns with Australia in a 3-match T20I series starting September 20. The matches will be played in India and both Hardik Pandya and Virat Kohli are integral members of India’s T20I squad.

It is no secret that both Virat Kohli and Hardik Pandya are Instagram icons and both of them share a massive fan-following. While Virat is the most followed Indian and cricketer on the platform with 214 million followers, Hardik enjoys 23.1 million followers on the social media platform.

In a video released by Hardik Pandya, both the cricketers can be seen dancing to the grooves of The Beatnuts Se Acabo (Remix), which is a very trendy song. Both the ace cricketers are seen wearing black googles and sport a very fancy look.

Before starting off the dance, the two cricketers look at each other and are pure emblems of class and style.

The duo is presently in Mohali for the first T20I against Australia. The match will be taking place at the Punjab Cricket Association Stadium in Mohali.

India is coming on the back of a dismal Asia Cup sojourn where they failed to qualify to the finals of the tournament. The Super4 losses to Pakistan and Sri Lanka paved the downfall of the Indian cricket team. However, Virat Kohli was in ethereal form in the series and was the second-highest run-getter of the series with 276 runs under his belt.

Also read: IND vs AUS: 3 Key Players To Watch Out For In This Series