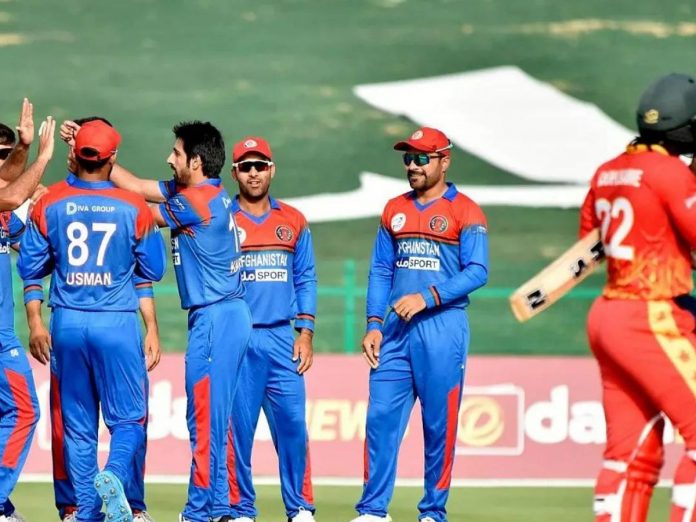 Welcome to ZIM vs AFG Dream11 Prediction for Today’s Match Fantasy Cricket. Zimbabwe will take on Afghanistan in the 3rd T20I of the Zimbabwe vs Afghanistan T20I series on Tuesday, 14th June 2022, at the Harare Sports Club, Harare. Keep reading to find out about the ZIM vs AFG Match Dream11 team today.

After whitewashing Zimbabwe in the ODI series, Afghanistan would be eager to handover another whitewash in the shorter format as well. Both the sides will step in to play their third and the last T20 game and Zimbabwe will be doing anything and everything to avoid this whitewash.

Going by what we have seen so far, there is something for everyone. The pacers have dominated the initial session while batters had done well in the middle overs and death overs.  In the past 10 T20Is, the chasing team has managed 5 times. The team winning the toss is likely to bowl first.

The temperature is expected to be range around 22°C – 8°C. The weather will be sunny on the match day with only 5 percent chance of rain.

They have been brilliant so far in both the format. They have a clear chance for another whitewash here. Their bowling unit did exceptionally well in the 1st ODI, whereas, batters showed their class in the second game when they engraved 170 runs on the board with the help of Najibullah Zadran’s 57 runs from 46 balls and Captain Mohammad Nabi’s 43 runs from 22 balls.

Zimbabwe, on the other hand would be highly disappointed as they failed to even notch a single game on their home turf. Their batting unit has suffered throughout the tour and to avoid a whitewash here, their batting unit must do some wonders in this.

N Zadran played brilliantly in both previous two T20s. In two innings, he has scored 101 runs with the best figure of 57, while H Zazai has mustered 73 runs with the highest score of 45.

Nizat Masood has got four wickets in two innings with the best figure of 3/39, while ace bowler Rashid Khan has three wickets to his name. Best choice as captain.

S Raza has made some decent contribution with the bat so far. In two innings, he has scored 86 runs with the highest score of 45, while I Kaia has accumulated 60 runs in two innings including a half century.

R Burl has been the most effective bowler for Zimbabwe on this tour. He has four wickets in two games with the best figure of 3/14.

Who Will Win Today Between ZIM vs AFG Dream11 Prediction, 3rd T20I?

According to Kheltalk’s astrology ZIM vs AFG Dream11 match Prediction, AFG will begin this contest as the favorite to win the game. They would be high on confidence and are likely to give no room to the opposition as they would be hungry for a whilewash here.

According to Kheltalk’s ZIM vs AFG Dream11 toss prediction, AFG might go in, to bowl first here. The chasing teams have won more games here at this venue.