Becky Lynch praises Triple H, says “It is the dawn of a new era” under him 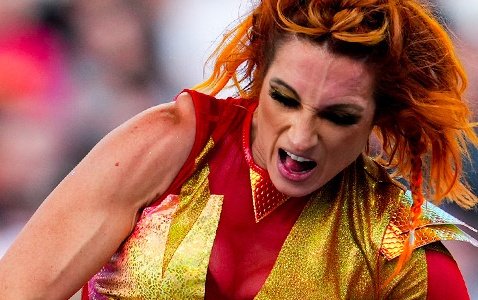 WWE News: After being attacked by Bayley, Dakota Kai, and IYO SKY this week on Monday Night Raw, Becky Lynch would have to undergo surgery to repair her shoulder injury after which she would be out of action for several months. It’s a shame because she was just making an important change in her career by becoming a technical fighter again and rivaling the three who recently returned with Bianca Belair. But her return will also be interesting once she is recovered. It is also because we will have to wait to see what Triple H has planned for her now that is the creative chief. Precisely what HHH will do “Big Time Becks” was talking about in a recent interview.

“It is the dawn of a new era. To me, it’s crazy and sad because everything I’ve ever known about WWE has always had Vince in charge, and we wouldn’t have WWE the way it is if it wasn’t for Vince. He is someone who believed in me and allowed me to do everything I have done. We have the opportunity to change some things that were maybe not so good.”

“I think everyone is very excited and optimistic because we know that the people in charge [are] some of the greatest minds in the business, you know. Having Triple H at the helm of the ship is phenomenal. What he has done with NXT speaks for itself. What he did with the women’s division and how he allowed us to change the business speaks for itself.

She also added that He understands as a fighter what we go through and what we need to have more creative energy. There has been a tendency in the past for creativity to change at the last minute, or not know where we are going. It’s hard to bring everyone along on this journey if we’re digressing.

Triple H has a great eye for storytelling and for treating women the same way he treats boys in the locker room. They are just all the same. Stories? And that’s all this. Maybe we can get some words back. I like the words. I like to have a free range of many words. Belts, fans, whatever.”