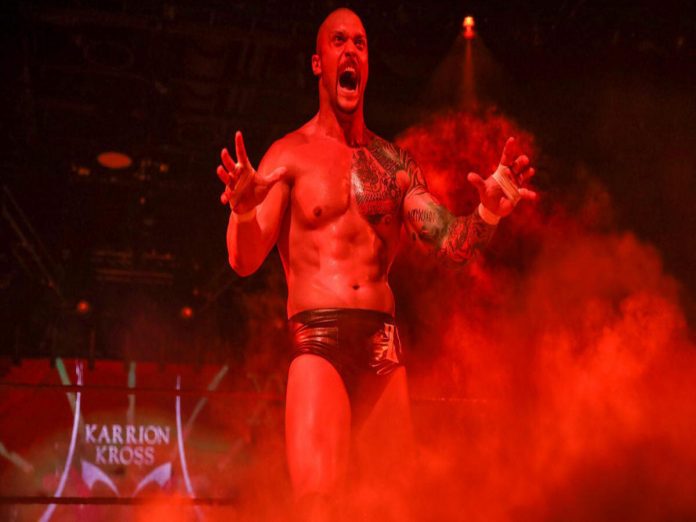 Karrion Kross began his professional wrestling career in 2014 after being trained by legendary WCW wrestler Disco Inferno. He didn’t get his big break until he signed with IMPACT Wrestling in 2018. The 37-year-old has previously performed for organizations like Lucha Underground, AAA, and Global Force Wrestling, but as Killer Kross in IMPACT, he truly came into his own. Kross worked for WWE at the beginning of his career. He joined Darren Young on Raw in 2015 as a jobber, and the two lost to The Ascension.

When IMPACT terminated Kross’ contract in December 2019, it became instantly clear that WWE was keen to hire him. According to sources, WWE was prepared to “fast-track” Kross directly up to the main roster, enabling him to skip NXT, to fend off interest from AEW.

However, he was sent to NXT where he soon became the favorite of Triple H. Kross and became NXT Champion in April 2020 by defeating Keith Lee. He suffered a shoulder dislocation shortly after and was thus forced to give up his belt.

For next week’s show, WWE has released the following lineup. This will be the final episode before Clash at the Castle:

Karrion Kross will enter the ring on the upcoming episode of SmackDown for the first time after October 2021 in a WWE televised bout. Now, Kross will square up against Drew Gulak. Following his return to WWE a few weeks ago, Karrion Kross made an impact right away.

With Scarlett Bordeaux, Kross made his SmackDown debut and quickly established himself as the second-best heel on the blue brand. He will be back in the ring this week, along with a lot more. In a brief promo, Karrion and Scarlett vowed to sever McIntyre’s skull when they get the chance.

Also Read: 3 WWE Superstars who have signed new contracts in 2022