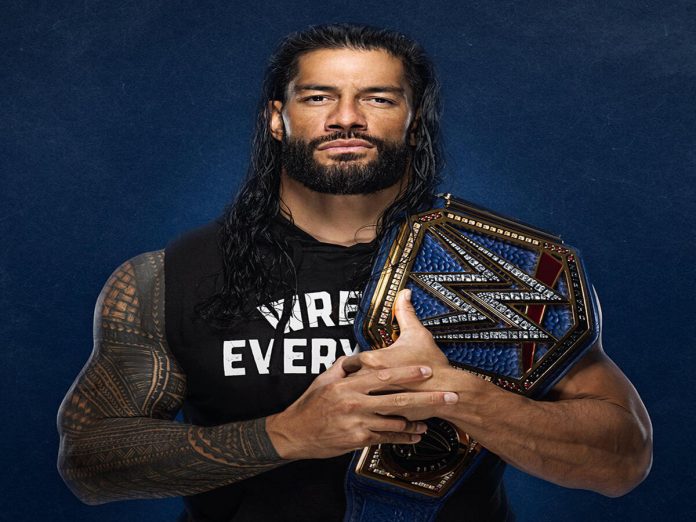 During this time, he has defeated opponents like as Seth “Freakin” Rollins, John Cena, Brock Lesnar, Edge, Riddle, Kevin Owens, Rey Mysterio, and many more while standing atop the table, undefeated and unfettered.

The Head of the Table, Roman Reigns will commemorate his incredible two years as champion one day before facing Drew McIntyre at WWE Clash at the Castle in Cardiff, Wales!

Since the Tribal Chief first appeared in August 2020, Roman Reigns, the undisputed WWE Universal Champion, has been an absolute force to reckon with. At WWE SummerSlam 2020, Reigns made a startling comeback by assaulting The Fiend and Braun Strowman. Since then, there has been no turning back.

At WWE Payback, The Head of the Table won the Universal Championship after mounting successful defences over legendary opponents like Edge, Bryan Danielson, Brock Lesnar, Goldberg, John Cena, and others. At WWE WrestleMania 38 in April, Reigns added the WWE World Championship to his collection. He ousted Brock Lesnar to become the undisputed WWE Universal Champion. Lesnar was one of the few possibilities that could easily defeat Reigns. However, since rejoining the WWE at SummerSlam 2021, he has fallen to The Tribal Chief three times (at Crown Jewel 2021, WrestleMania 38 and SummerSlam).

Regarding his feat of 700+ days as WWE Universal Champion, Roman Reigns in a tweet said,

“For over 700 days, you’ve sat at MY table and enjoyed MY body of work,” Reigns wrote on Twitter. “It’s not over, I’m not finished, but if you’ve waited until this point to do so… #AcknowledgeME.”

Also Read: 3 bookings for Johnny Gargano after Clash at the Castle 2022