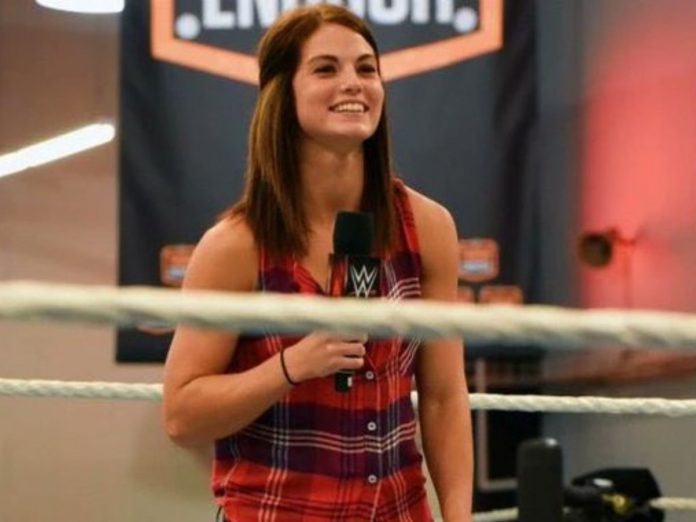 Last night we learned of the death of Sara Lee, the young former WWE wrestler who won the sixth edition of the WWE Tough Enough contest. The details of her death are not yet known, but the news has impacted the wrestling community due to the age of the deceased and the affection she gave to her locker room partners.

In the last few hours, wrestler Bull James has organized a GoFundMe to raise $20,000 to help the family in their time of need. The fundraiser has been shared on Twitter by WWE stars such as Bianca Belair, Charlotte Flair, and Alexa Bliss, and has raised more than $59,000 in just a few hours. The fundraising page says the following:

WWE is saddened to learn of the passing of Sara Lee. As a former “Tough Enough” winner, Lee served as an inspiration to many in the sports-entertainment world. WWE offers its heartfelt condolences to her family, friends and fans. pic.twitter.com/jtjjnG52n7

“We are all shocked and saddened by the sudden death of Tough Enough winner Sara Lee. As her loving husband, Cory continues to raise their 3 children, the last thing someone in that position wants to worry about is money, bills, a funeral, and all that goes with it.

The wrestling community has always come together after tragedy and this is no different. Every penny raised will go directly to Cory and the kids. Thank you all in advance. RIP Sara, you were one of the good ones”.

Reactions to the death of Sara Lee

Lee participated in the sixth season of WWE Tough Enough, a season that also featured stars from the current WWE roster, such as Mandy Rose, who recently lost her brother, Sonya Deville, and Impact Wrestling star Chelsea Green. Many have described Sara as a kind and very caring person. Then we leave you with some of her most outstanding reactions.

“WWE is saddened to learn of the passing of Sara Lee. As a former winner of “Tough Enough”, Lee served as an inspiration to many in the world of sports entertainment. WWE offers its deepest condolences to her family, friends, and fans, “he wrote WWE through its official Twitter account.

“In wrestling, the people you didn’t know yesterday can become the ones you hang out with every day for years. Even if that changes for some reason, there’s always a bond. A family. I’m thinking of ALL of them right now. I hope Sara and the Weston family feel our hearts,” Bayley wrote.

Everyone at BT Sport is devastated to hear of the passing of former WWE Superstar and Tough Enough winner, Sara Lee.

Our thoughts go out to her husband, two children, family and friends at this extremely difficult time. pic.twitter.com/Xip8IjA7vo

“This is heartbreakingly tragic. Sending love to her family. Very sweet human whom I had the pleasure of knowing and working with. RIP Sara Lee,” Saraya (Paige) wrote.

“Heartbreaking, life is too short. Sara was amazing. Sending all my love and prayers to her family and loved ones,” Sonya Deville wrote on Twitter.

“My heart is so sad! Sara was such a pure soul, a great woman, and an even better mother! Please read and consider!” Dana Brooke wrote, referencing the fundraiser.