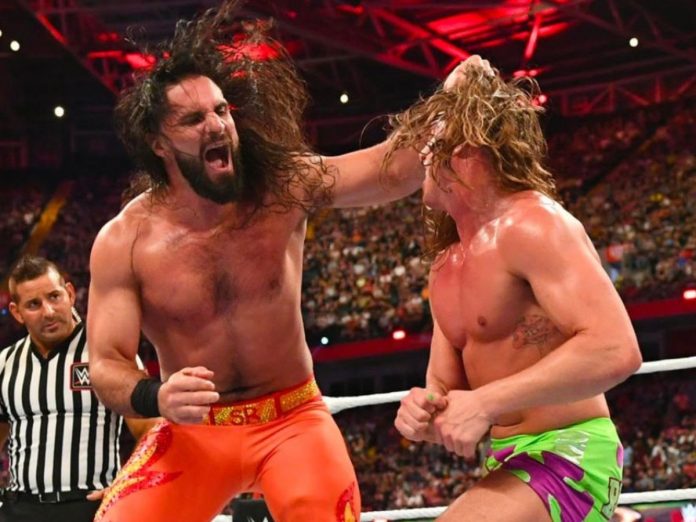 WWE Summerslam 2022: As part of the WWE SummerSlam 2022 undercard. Seth’s Freakin’ Rollins and Matt Riddle were scheduled to meet, but the match was postponed due to a creative decision by the new regime. Now, Rollins has revealed more details of that decision, in an interview with BT Sport’s Ariel Hawani.

The fight had been announced and promoted, however, the decision was justified through the fact that Matt Riddle did not have medical clearance, as a result of a previous attack by Seth Rollins.

“It was one of those situations that we had to live through during the regime change, in the middle of the construction of SummerSlam, I think a week later, we had the biggest change in the history of our industry.

“When Triple H took over the creative process, he was looking at the options that he had been given. They had to add what I assume was the Mysterio match, based on a sponsorship deal, I think Rey and Dom (Dominik) have some kind of a deal with a liquor company, a beer company. There was some money involved and they had to add the match. To do that, they had to cut an entire match or they had to cut the time of other matches to keep the show on a reasonable time”.

“I think the runtime ended up being almost four hours. Anything beyond that is a bit ridiculous in my opinion. You were looking at the card and you look at the title fights, which we were in. You look at celebrity fights, which you only get one chance to do, which we weren’t in either. We hit that point where ‘we could use more weeks to build this story. They decided to remove our match and make sure all other matches were maxed out with time and story and all of that.”

“I totally get it and I respect it, I was a little upset, because we announced the match and we didn’t give it to them (the fans) and at the level that I’ve been performing for the last year. I felt like it was a bit of a slap in the face for me, as a performer, not being able to be on what is essentially the second biggest show of the year for us.”

In the end, Seth Rollins and Matt Riddle met this Saturday at WWE Clash at the Castle with a victory for Rollins. In one of the fights with the best reviews due to the high level of both competitors and the reception of the public that saw the event live from Cardiff or through television.