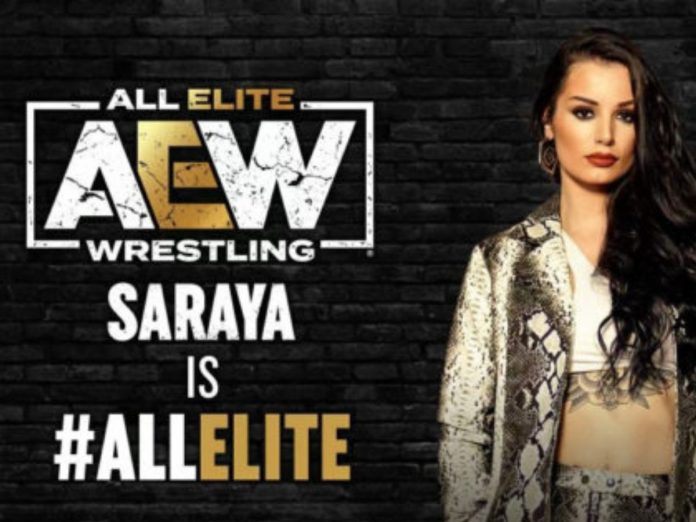 During the broadcasts of AEW Dynamite: Grand Slam through TBS and Fite TV, former wrestler Saraya (Paige) made a guest appearance on All Elite Wrestling.

This week on Dynamite saw Toni Storm retain the interim AEW Women’s Championship against Athena, Britt Baker, and Serena Deeb. After the match, Jamie Hayter joined the rough-and-tumble competitors for an ambush.

However, the attack was interrupted by the entrance of Saraya, who chased away the competitors just by entering the ring. Tony Khan confirmed the hiring of the former competitor on social networks without providing context regarding her situation in the ring.

Saraya-Jade Bevis started wrestling when she was 13 years old. After a stint in various British companies and the female company SHIMMER, Saraya signed with WWE in 2011 under the name “Paige”.

Her passage through her developmental territory saw her as the inaugural NXT Women’s Champion. In her main roster debut, Paige captured the Divas Championship after defeating AJ Lee in her first match on WWE Monday Night RAW.

The competitor lifted that title for the second time before the end of 2017 when she suffered a neck injury for which she had to announce her retirement the following year. On June 10, Paige confirmed the end of her contract with WWE.

The former fighter made her departure from the company after several instances on television as General Manager and representative.