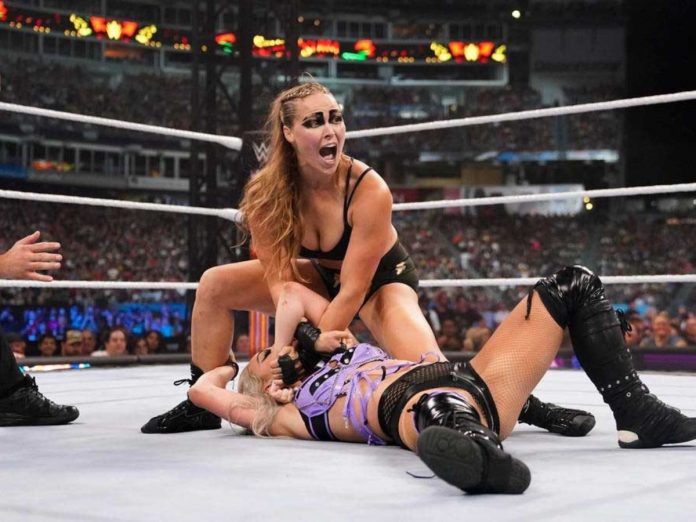 WWE Extreme Rules 2022: Ronda Rousey will face Liv Morgan in a Street Fight match at the Premium Live Event Extreme Rules. It will be the third time that both face each other since Money in The Bank, although this time it will be different due to the special stipulation.

Through her YouTube channel, Ronda Rousey talked about this fight and mentioned some ideas for the special stipulation of Street Fight. The former Raw and SmackDown women’s champion mentioned that she will take a pair of kendo sticks to attack her rival, an object that Liv Morgan already used last Friday on SmackDown to attack Lacey Evans. However, she would like to use tacks.

“Definitely tacks …” Ronda Rousey commented on what kind of items she would like to use in combat. “But, I feel like there are a couple of weapons that are going to be used for sure… I love the kendo stick; the kendo stick is mine and Charlotte’s thing.

I’ll take out two kendo sticks and make them my own,” added Rousey, who also commented on something she would like to do with her rival in combat. “I’d like to drop LEGOs on the ground, take off Liv’s shoes and have her walk on top of them.”