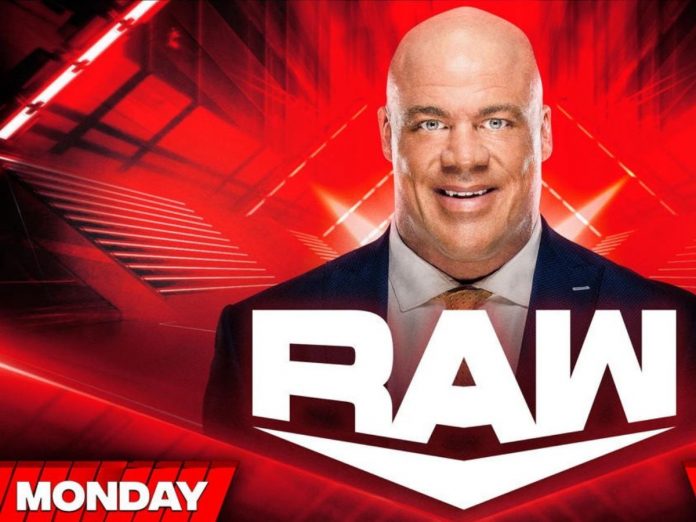 WWE Raw Preview 2022: USA Network will air the 1,527th episode of WWE Monday Night Raw on Monday, August 29, 2022, live from the PPG Paints Arena in Pittsburgh, PA. In this news, we will provide information about the billboard and the schedule of the show.

Two segments have been confirmed for this Monday’s live episode in Pittsburgh. On the one hand, the member of the WWE Hall of Fame Kurt Angle will make a special appearance of which there are no details or context. Also, Seth Rollins and Riddle will have one last exchange of words on the way to their match at Clash at the Castle. Both Superstars kicked off this week’s episode with a bang backstage and through the stands.

This episode of RAW will take place on Monday, August 29 from the PPG Paints Arena in Pittsburgh, Pennsylvania. Fans will be able to watch this episode live from the respective venue, or through its broadcast on USA Network in the United States. More matches and segments are expected to be announced in the coming days.

Also Read: WWE Extreme Rules 2022 tickets: Over 10,000 tickets sell out even without confirmed matches; How to buy online, price & more