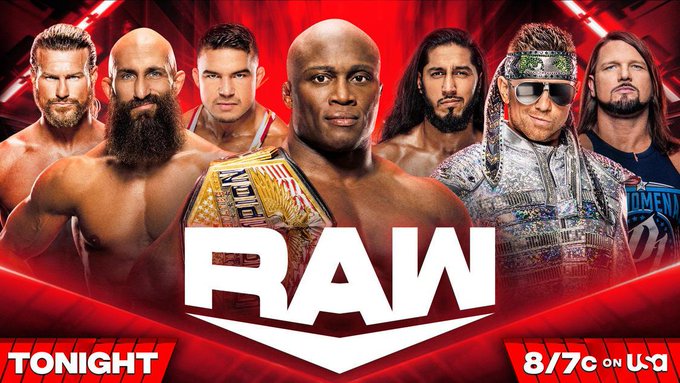 WWE Raw result: The powerful Raw Champion, Bianca Belair , forcefully retained the title against Becky Lynch at SummerSlam. It was such a clear triumph that Lynch herself had no choice but to accept Belair’s superiority, declaring that she truly is everything she claims to be Ella. However, moments later a threat to the Belair-Lynch alliance appeared, which was the return of Bayley , now accompanied by Dakota Kai and the Shirai , who is now known as Iyo Sky. What will be her plans? The action of the WWE red markis broadcast from the Toyota Center , in Houston, Texas.

That movement in the women’s division of Raw was one of the strengths of a SummerSlam that turned out to be quite good and that was starred by the tremendous fight between Brock Lesnar and Roman Reigns , where the latter retained the WWE Undisputed Universal Championship.

And now that a new era is expected to begin in the company, already with Triple H at the helm as creative director, the world of fighting will be attentive to this episode. Becky Lynch, wearing a sling, opened the program in the midst of applause from the public. She said that at SummerSlam she found herself, saying that she is not the one with the outlandish outfits, but rather in being a ruthless fighter.

Becky referred to her dislocated shoulder, and that she fought through the pain, and did everything for the division and that no title or man defines her, but rather that she is The Man. She thanked Bianca Belair for taking her to her limit and called her to the ring.

Bianca appeared and said: “You are The Man.” They both hugged each other and Becky said, “See you soon.” Apparently, Becky Lynch will be absent for a while.

After suffering a separated shoulder at #SummerSlam, @BeckyLynchWWE’s injury was further exacerbated after an attack from @itsBayleyWWE, @ImKingKota, and IYO SKY earlier tonight on #WWERaw. As a result, @BeckyLynchWWE is expected to be out for several months. pic.twitter.com/eaWeubYqso

Bianca said she has respect for Becky, from whom she said she learned a lot. The Champion said that she was ready for anyone, but on screen she saw how Bayley and her group attacked Becky Lynch behind the scenes, forcing Bianca to go to her aid.

The first hour had no commercials and we started with the first match after a promotional video about the United States Championship.

Ali landed an iron on Miz, but received a Clash from Styles and received the count of three.

A pity that Mustafa Ali was alone to receive the count, despite giving a good performance.

Bayley was interviewed behind the scenes and said that it was all about them.

Immediately, The Usos appeared and said they would defeat the Mysterios in their title match.

Seth Rollins came to the ring to welcome and was in high spirits to celebrate not having to see Riddle, whom he told was stupid for challenging him at SummerSlam.

He said that after knocking Riddle out, he turned his attention to Roman Reigns and his Undisputed Universal Championship. But the Street Profits came to interrupt and Rollins ordered to turn off the music and silence the public.

Rollins told the Profits that they were losers and that they had better split up. Ford and Dawkins made fun of Rollins’ losses, but Rollins challenged them to a match, although not for now because he is at a disadvantage.

Ford and Dawkins decided on Rollins’ rival with rock, paper and scissors, although Ford tricked his partner and decided to go fight on his own, taking the referee.

Rollins stomp and count of three.

A split of the Street Profits looks likely, leaving the division decimated.

Rollins wanted to finish off Ford, but Dawkins stopped him.

Bayley, Iyo Sky and Dakota Kai stormed in and attacked both of them.

The end. Alexa and Asuka could be Bianca Belair’s companions

Too short to mean anything

Bayley and company continued to punish her Alexa and Asuka, but were unable to finish them off as Bianca Belair came to the rescue and called for a match tonight, with Sky offering herself.

With Ziggler out cold, Ciampa defeated Gable with the Fairy Tale Ending.
The best presentation of Ciampa in the main cast.

AJ Styles and Ciampa will be looking for a ticket tonight to face Lashley.

Edge came to the ring with his old music and was cheered by the public. The WWE Hall of Fame member thanked the public for the reception, despite having treated them badly.

Edge went straight to the point and referred to Judgment Day and the reason for its creation, saying that Damian Priest and Rhea Ripley were blinded by power, and did not see the betrayal coming, but after being out of that hell, it was time to he to settle accounts. He concluded with a threat to the trio.

Behind the scenes, Rey Mysterio looked optimistic saying that they will achieve the WWE Undisputed Tag Team Championship.

The brawl broke out between both groups and the fight was inconclusive. it was a Very good combat. It was very similar to what we saw of them in NXT.

Hard hitting doesn’t even begin to describe it. This’ll be fun!

Although it made sense, but the brawl at the end took the shine off the fight.

The two teams continued to go head-to-head in the ring, until they had to be separated.

Booker T came on as a guest commentator for the next match.

The fatigue of both was noticeable, after the first disputed combat.

3D of the Uses on Dominik and count of three.

Without being spectacular, the quality of Rey Mysterio and The Usos was shown again here.
CONS

The Judgment Days appeared to attack Rey and Dominik, but Edge arrived to clean the house and applied an Edgecution to Bálor. However, when he was looking to apply a spear to him, Rhea Ripley pushed Dominik onto Bálor and he was hit by the Hall of Famer.

Edge went in pursuit of Bálor, while Rey stayed to see how her son was doing.