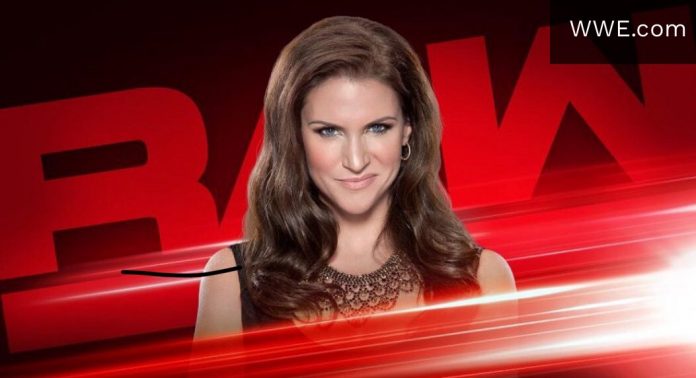 WWE RAW JULY 25, 2022 RESULT: — In June 2002, Rey Mysterio signed with WWE. The wrestler who had achieved fame in AAA was one of the Mexicans who revolutionized American wrestling in WCW, where he wrestled until 2001. After a few months working in CMLL, he finally arrived at the McMahon company. His TV debut was against Chavo Guerrero, on the SmackDown edition broadcast on July 25 of that year. Exactly two decades have passed since then, and Mysterio will celebrate the occasion in the most famous arena in the world. The action of the WWE red mark is broadcast from the Madison Square Garden, in New York City, New York.

However, Mysterio’s celebration could be clouded, since the meeting he has scheduled will not be easy. Together with Dominik Mysterio he will face Finn Bálor and Damian Priest again . Will Dominik be tempted again to join Judgment Day?

Also, with less than a week to go before SummerSlam , WWE Undisputed Universal Champion Roman Reigns will make an appearance on Monday Night Raw.

The program started and the first thing we saw was a fight between The Miz and Logan Paul. Have you already felt Triple H’s hand?

Roman Reigns and the rest of The Bloodline arrived at the ring and Reigns, after asking to be recognized, gave the floor to Paul Heyman, who said, after threatening the one who was sabotaging the audio, that we were celebrating the 700 days of reign of Roman Reigns as Universal Champion.

Heyman added that Reigns will crash Brock Lesnar’s party again at SummerSlam, just like Brock has done in the past with John Cena and The Undertaker. Later, he highlighted his rivalry with Lesnar as one of the most iconic, at the level of The Rock vs. Steve Austin or Hulk Hogan vs. Randy Savage, although he said that this Saturday the Tribal Chief will make sure that Lesnar doesn’t get up anymore.

Theory appeared saying that Bloodline talk a lot and said that at SummerSlam he will be the United States Champion and then, regardless of who comes out as Champion between Roman Reigns and Brock Lesnar, he will be the new WWE Undisputed Universal Champion. Reigns invited him to the ring.

Theory agreed and Reigns said that he saw him nervous and added that he did not know what to do with the briefcase and offered his advice, since he knows that “his daddy is no longer around here”, referring to Vince. The public messed with Theory saying “Who’s your daddy?”.

The Bloodline left the ring, until one of the Usos treacherously attacked Theory, who responded with the briefcase. The situation did not get worse after the champions decided to continue their course towards the entrance ramp.

Theory stayed in the ring, but before he could say anything, Drew McIntyre made his appearance and we had a match.

Sheamus and his group attacked McIntyre and the disqualification was given.

The commercial cut affected the flow of the meeting for the viewer.

Sheamus and company continued to attack McIntyre, but Bobby Lashley came to save with the Scotsman, they cleaned the ring. Theory wanted to attack from behind, but he did not achieve his goal and fled.

Better than the previous match, everyone looked good.

Curiously, when Butch and Ridge Holland were not there, the rude ones looked better, and it was supposed to be the other way around.

As Theory was leaving the ring, he received a Double Superkick from The Usos. Reigns told him to make sure he brings the briefcase on Saturday.

We had a video reviewing Rey Mysterio’s illustrious career in WWE.

Dolph Ziggler was interviewed behind the scenes and said that he wants to teach Theory, who seems to have accomplished a lot in such a short time, a lesson. AJ Styles and Alpha Academy appeared and a tag team match took place.

Rey Mysterio arrived with his son Domink for the celebration of the twenty years of his career. The public chanted “Thank you King”. Rey said that he did not imagine having a legendary career like the one he has had, but he was very happy about it.

Rey said that he managed to break the stereotypes and, as a short guy and a Latino, he managed to be World Champion. He said that he made a lot of friends over the years: Dean Malenko, Eddie Guerrero, Batista, Kurt Angle, Edge. He added that if it wasn’t for Eddie Guerrero, he wouldn’t be here, and thanked the WWE Universe for all the support he’s received over the years. The public chanted “You deserve it”.

Rey said that his family was the most important thing and he dedicated a few words to his wife, and then to his son, telling him that he loves him very much and that he will represent his legacy. He concluded by thanking the audience and said that he could not receive a better tribute than at Madison Square Garden.

Rey continued with the thanks and then said a few words in Spanish, saying that he always hopes to represent the Latino people with respect, admiration and heart, and that ¡Viva la Raza!

Finn Bálor and Damian Priest appeared in the audience to spoil the celebration.

Rey’s Frog Splash on Bálor and a count of three.

Good tribute from Rey to Eddie Guerrero, who was influential in his illustrious career.
CONS

Judgment Day is on its way to being another Retribution.
No surprises here. No change to rude or return of Edge.

Behind the scenes, Rey’s celebration for his twenty years of career continued and, after drinking some tequila, he received his 1997 outfit as a gift.

Bianca Belair and Becky Lynch looked like they were going to have a war of words before SummerSlam, but it quickly ended in a smackdown that continued outside the ring. Both had to be separated.

Alexa Bliss said, prior to her match against Doudrop, that Bianca Belair and Becky Lynch will have to take care of her after SummerSlam.

Behind the scenes, Rey was being treated, although he was hit again by Rhea Ripley.

With a DDT, Alexa achieved victory.

Alexa does not neglect her goal: the Championship
CONS

AJ Styles offered his help to Logan Paul and told him that he hopes to shut up The Miz’s mouth.

Logan Paul arrived for the Impaulsive TV premiere, which was nothing more than a parody of Miz TV. Without much preamble, he called Miz to the ring.

Who made an appearance was Maryse, who promoted the season finale of Miz & Mrs and threatened Logan Paul not to mention her children anymore, or her husband’s genitals.

Maryse continued to defend her husband, but The Miz finally arrived and referred to their duel at SummerSlam, emphasizing that it was he who put him on the map and reminded him of all his achievements.

As the two continued arguing, Ciampa appeared out of nowhere to attack Logan Paul, who was trying to resist, to no avail. Miz finished off Paul with a Skull Crushing Finale.

Gable continues to pleasantly surprise in the ring.
CONS

It was a golden opportunity for Theory to get even.
The commercial took up much of the time.

With a spear, Reigns achieved victory over Riddle

Ford was injured and required medical assistance during the fight. Hopefully this doesn’t affect SummerSlam.

Seth Rollins arrived after the match and, after saying goodbye to Reigns, decided to attack Riddle, hitting him with a metal ladder and finishing him off with a couple of stomps, with the last one on the same metal. With that, the show went off the air.