Welcome back to get updated with the latest Cricket news in India and across the world right here – your one-stop platform to be aware of stories in the world of Cricket.

India’s batting coach; Vikram Rathore recently revealed that the management is said to have found the core group for the T20 World Cup.

The IPL 2020 Final will be played on 24th May in Mumbai with no changes in the start of the night matches.

We have more Cricket news for you that will help you stay updated. Let’s explore the stories in detail now!

India has been enjoying its winning momentum in the latest home series against Windies, Bangladesh, Sri Lanka and Sri Lanka. It has also won the 1st 2 matches of the ongoing T20 series against New Zealand. On this, the batting coach of the Indian Cricket Team, Vikram Rathour has recently revealed that the management has found the core group for the upcoming T20 World Cup in Australia in October-November 2020. India has fielded unchanged XI during the first 2 matches Vs Kiwis. Virat Kohli has relied on a specific group of players to deliver. He has been sticking with them even if they are yet to get going. Vikram persisted that small changes here and there will continue to happen until the last minute. Nonetheless, Team management has recognized players’ core group that will be on the flight to Australia for the T20 World Cup. “Adjustments will continue to take place until the last minute. As far as I am and Team management is concerned, we do have the core and have an idea of what our Team composition will look like. Unless if someone gets plagued by a serious injury or there is a sudden drop in form, I don’t see many changes happening.” Rathour recently said in the scenario. Shreyas Iyer, Manish Pandey, and Shivam Dube have shown great characters in recent matches. “If they keep going like this, then they are already showing us that they are winners.”  Vikram Rathour was stated as saying further.

Cricket News 2 – The new selection committee will choose the side for South Africa Series, says Ganguly

Sourav Ganguly, the BCCI President, has recently announced that the revamped selection committee with a new Chairman will take charge soon. He said that the new committee’s first job would be picking up the squad for the South Africa Series. South Africa are scheduled to Tour India and battle it out in 3 ODI Series in March 2020. The Series will be the first to be played home after India Tour of New Zealand concludes in the first week of March. You may be aware that Ajit Agarkar, Laxman Sivaramkrishnan, Venkatesh Prasad and Rajesh Chauhan are key contenders. One of them is likely to replace the outgoing Chairman MSK Prasad and Gagan Khoda in the 5-member panel. “The Indian Team for the upcoming 2 match Test Series against New Zealand has already been picked by the old committee. The first meeting of the new committee will be conducted before the commencement of the Home ODI Series against Proteas. We are soon going to have interviews for the shortlisted candidates” Sourav was stated as saying on the recent turn of events. Another key aspect to note here is that the former Indian opener Gautam Gambhir will not be a part of the Cricket Advisory Committee (CAC). Its reason is that he is a Member of Parliament (MP) and can’t hold any position in the BCCI. Ganguly added on the same “We have decided on replacing Gautam, and we will make the announcement soon. Sulakshana and Madan Lal remain there.” Saurav also cleared the air around the playing probability of the Indian all-rounder Hardik Pandya. He said that he is yet to recover fully and that will take him a bit of time. “He won’t be able to play as of now. It will take some time before he is totally fit to be included in the Team set up.”

The IPL Governing Council has decided against moving the timing of the IPL 2020 night matches. It means that the night games will begin like earlier at 08:00 PM IST. There were speculations doing the round that stakeholders wanted the games to begin at 7:30 PM IST instead of 08:00 PM IST. The decision was taken on 27th January in New Delhi. Other aspects such as the date and venue of the Final match of the IPL 2O20 was also decided. On all the recent development concerning IPL 2020 Edition, the BCCI President, Sourav Ganguly was stated as saying. “There stand no changes at all in the timing of the IPL night matches, and they will start at 8 PM like earlier years. Yes, we discussed the 7:30 PM start, but that is not happening.” What’s more, the complete schedule was also drawn with the first match of the 2020 Edition of IPL being played at 29th March. The Final match will be played in Mumbai at the iconic Wankhede Stadium on 24th May 2020. BCCI has also decided to host an All Star Exhibition Match before the start of the IPL 2020. It will be played for a charitable cause. It is being speculated that top international players will feature in this match. The venue for this game is yet to be decided, and yes, it won’t be played in Ahmedabad as the stadium is yet to be fully functional.

Indian Captain and batting sensation Virat Kohli is in line to break his former Captain’s record in the T20 of being the highest run scorer in the T20s as Skipper. Virat Kohli is only 25 runs away, and he is expected to go past that in the 3rd T20 vs Kiwis on 29th Jan. Kohli has accumulated 1088 runs in 35 T20 matches as Captain at an incredible average of 45.33, and it has been studded with 8 fifties. If he does that, he will achieve the feat in exactly half the games that Dhoni needed. MS Dhoni has no fifties against in his name in this with his highest being 48 Not Out. The Former Skipper of the South African T20 Team, Faf du Plessis is the topper with 1273 runs in 40 games at 37.44 average. He is the only Captain in the list to have scored a ton, along with 7 fifties. The Captain of the New Zealand Team, Kane Williamson is 2nd in the list with 1148 runs in 41 T20 matches with 8 fifties and at an average of 31.03. Overall, it is India’s Rohit Sharma who is the highest run scorer in the world in T20s. India plays its 3rd T20 match vs NZ on Jan 29th in Hamilton. India leads the 5-match T20 Series 2-0.

Cricket News 5 – The sky is the limit for England Test Team after 3-1 rout of South Africa, says Root

The Captain of the English Test Team Joe Root was over the moon as his led side won the fourth match of the 4 games Test Series by 191 runs on 27th Jan. In the process, England went wrapping up the Series 3-1. This Series triumph marks England first Series win since a 3-0 against Sri Lanka in November 2018. On being asked how he felt after winning the Test Series 3-1, Root was stated as saying “Very special, it has taken a lot to achieve this. The way we have picked ourselves up in the last 3 games have been extremely overwhelming. It has completely been a Team effort from a number of players who are in their early days of the International Careers. The Sky is the limit for us now, and we would love to keep going the way we have been in this Series. The development that we have seen of our Test Team is what we would like to maintain.”

An upbeat and unbeaten Indian T20 Team would like to keep up the winning momentum as they meet NZ in the 3rd T20 in the batting-friendly Hamilton. India is ticking all the right boxes with KL Rahul, Shreyas Iyer and bowlers (in 2nd match) shining to help India win. On the other hand, New Zealand will need to inspire them up big time as the risk of losing the 5-match Series looms large. If they have to keep the Series alive, then Kane Williamson and Ross Taylor would need to deliver. The pain point of Black Caps is also their lackluster bowling performances. They failed to defend 203 in the first game and were all over the places in the 2nd match as India was home in 17.3 overs. Williamson’s boys will need something special to get things moving in the right direction to beat India. India looks completely confident of what they have got (Team combination) and will love to pocket the T20 Series on Jan 29th Itself.

That’s it from us for today’s Cricket news. Stay tuned to this space for more exciting Cricket news tomorrow! Until then, Eat, Play Cricket, Sleep – Repeat! 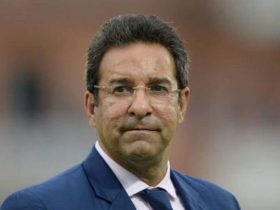 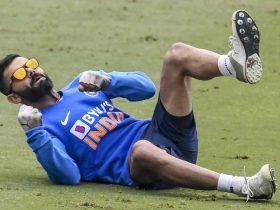 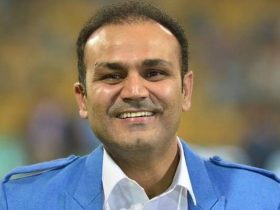 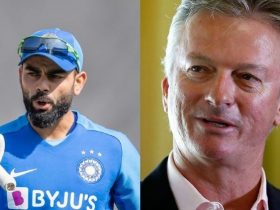