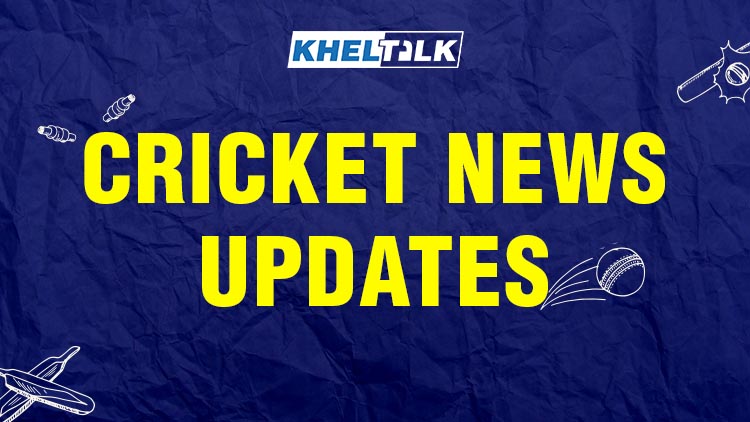 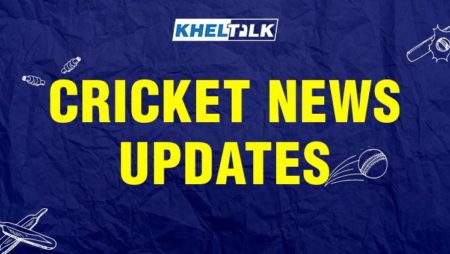 It’s that time of the day to make you aware of what’s up in the world of Cricket with our latest daily Cricket news update column.

The mix of young and experienced members in the Test team of England has its coach Silverwood super pleased as the side has been able to excel vs South Africa.

Faf du Plessis had made way for de Cock as the Skipper of the Proteas ODI side. He has also not been included in the 15-member squad for the ODI Series against England.

Mahmudulllah is now ready to Tour Pakistan after a fresh schedule to play matches in phases convinced his family about the impending security concerns.

Many more Cricket news stories are waiting for you. Let’s jump on to the top Cricket news updates from across the globe.

Chris Silverwood, the Head Coach of the England Cricket Team looks pleased with the way the young English Team has performed during their Tour of South Africa. England has the upper hand in the ongoing Test Series as it reads 2-1 with a game to go. They will more than love to pocket the Series by winning the last Test match. South Africa, on the other hand, is going through a rough patch after Rabada episode. Silverwood knows the value of a couple of good wins on a Tour and what it can do to the squad’s confidence. During the span of only a few weeks, England seems to have undergone transition and is optimistic about their Test Team development. They have been able to see the turnaround, thanks to two standout performances in Cape Town and Port Elizabeth. In fact, the Team seems to have been bolstered by the experience and quality of players who have not been involved. The England Team is newly thrown and yet they have won – the most important thing that counts for any side. It will be worthy of mentioning that England has missed the services of players such as James Anderson, Jack Leach, Jofra Archer and Rory Burns due to injuries. Chris Woakes and Jonny Bairstow, even though fit, were not selected. The likes of Dom Bess, Ollie Pope and Dom Sibley have made the most of the given opportunities. And that’s so evident in the results that the Team has been able to achieve under Joe Root. “You can look at the bench that we have got, and I must say that they are working supremely hard. With the right mix of youngsters who have made the most of the Tour with seniors also contributing, I am pretty pleased the way the Team has performed on this Tour. Being with a winning Team with a mix of experienced and youngsters is a completely different feeling I am currently soaked in.”  The Head Coach of England, Chris Silverwood, was recently stated as saying on the positive Tour of South Africa.

Here is Cricket news that may begin a new phase of improvement for the Bangladesh Cricket, especially their bowling. The former South African Head Coach, Otti Gibson has been appointed as the Bowling Coach of the Bangladesh Cricket Team. A recent Press Release from the Bangladesh Cricket Board dated Jan 21 confirms this Cricket news. He has signed a 2-year contract with the BCB and replaces Charl Langeveldt, who put his papers in December 2019. The first assignment of Gibson will be the upcoming Bangladesh Tour of Pakistan that begins with 3 T20s Series in Lahore from Jan 24-27. “Gibson brings with him a lot of experience as he has coached and played across the globe and has also been able to observe Bangladesh Cricket from close (he was with Camilla Warriors during the Bangladesh Cricket League). I am sure he will be a great addition to our coaching group.” Nizam Uddin Chaudhary, the BCB CEO, was quipped as saying on Gibson’s appointment.

3. Mahmudulllah confirms his availability for the Pakistan Tour

The Captain of the T20 Bangladesh Cricket Team, Mahmudulllah has confirmed his availability for the upcoming Tour of Pakistan. The player’s family had serious reservations about going to Pakistan. Even the regular keeper Mushfiqur Rahim had expressed his unavailability to tour Pakistan owing to security concerns. However, the Bangladesh Cricket Board has recently stated that the Tour will be held in 3 phases. It means that the Team won’t have to stay in Pakistan for a period of 7 days on the trot. 3 T20s will be held in January, one Test match in February followed by the only ODI and the final Test encounter in April. A new Tour program was made after the ICC President Shashank Manohar intervened. He made sure that the Tour goes as planned, but in phases so that there are no security concerns for players and their families. “It was a difficult task (Pakistan Tour) because of the concerns raised by my family.” Mahmudulllah was stated as saying during the Pre-Series Media briefing on Tuesday. I have discussed the same with my family at length, and now that the Tour is being held in phases, I am relieved to know that they (family) are at peace with the upcoming Tour.” Pakistan has promised us the best of the security, and hence; the Team members are not concerned about security issues. Our focus is on playing healthy and competitive Cricket and making strategies on how to play well and come victorious.” A confident Mahmudulllah was stated as expressing his views before the departure of the Team on 22 Jan.

4. De Cock is the Captain of the South Africa ODI Team

Quinton de Cock, the wicketkeeper-batsman of the South African Team has replaced Faf du Plessis as the ODI Captain of the squad. He will now lead the side in the upcoming 3 ODIs Series against England that kicks off on February 4. This recent Cricket news concerning South Africa has not only replaced Faf as the Captain but even left him out. Plessis with an average that reads over 67 in One-Day in 2019 has not been picked in the 15-member Team that got selected for the ODI rubber against England. As of now, Faf has led his country in 30 games with the Team winning 28 and losing only 10. His leadership has also been under scrutiny in the longest format of the game as the Team limped to losing last 7 matches out of 8. On the other hand, De Cock, who has amassed 4907 runs at an inspiring average of 45.01, has also Captained the side in 2 ODIs. Sadly, South Africa could not win even one of them. Selectors have also included five uncapped players – Kyle Verreynne, Lutho Sipamla, Janneman Malan, Sisanda Magala and Bjorn Fortuin. Sipamla is a fast bowler who had his List A debut in 2017. He is a promising speedster and has 22 wickets so far at 30.09 in List A games. Nonetheless, Sisanda Magala is a muscled quickie who also has 113 scalps in List A Cricket. CSA Acting Director Graeme Smith was recently stated after selecting the ODI Team. “We are aware of the quality player that de Cock has emerged over the years and is one of the leading ODI wicket-keeper batsmen in the world. He has risen in the ranks over the years, and his confidence is also high. We like his unique outlook towards the game and the way he goes about his business, along with being street smart. We are confident he will surely come up with the desired results and will take the Team forward in World Cricket in the future. We would like to wish him all the best on his new role in the Team.”

The West Indies Cricket Team will go on a tour of Sri Lanka in February and March. The Sri Lanka Cricket recently announced the itinerary for the upcoming limited-overs tourney Vs West Indies in February and March. Windies will play 3 ODIs and 2 T20s during their Tour to the Island Nation. West Indies will arrive in the country on February 10 and will participate in a couple of practice games on February 17 and 20. The 1st ODI between the two teams will commence on February 22 at the Colombo SSC. The 2nd and the final ODI of the Series will be held on February 26 and March 1 in Hambantota and Kandy. Out of these 3 matches, only the 1st match will be a day game, and the other 2 will be day-nighters. The visitors will also take part in 2 T20s. Both the games will be played under floodlights in Kandy on March 4 and 6, respectively. The last time that these two countries played against each other in a bilateral rubber was way back in 2018. That time, the touring party was the Sri Lankan Team who had played 3 Tests. In the meantime, the Caribbean side has not toured Sri Lanka since 2015. In 2015, the Windies were drubbed 0-3 in ODIs and drew the Test Series 1-1.

These were the Cricket news for today, visit us again tomorrow for the more latest news.