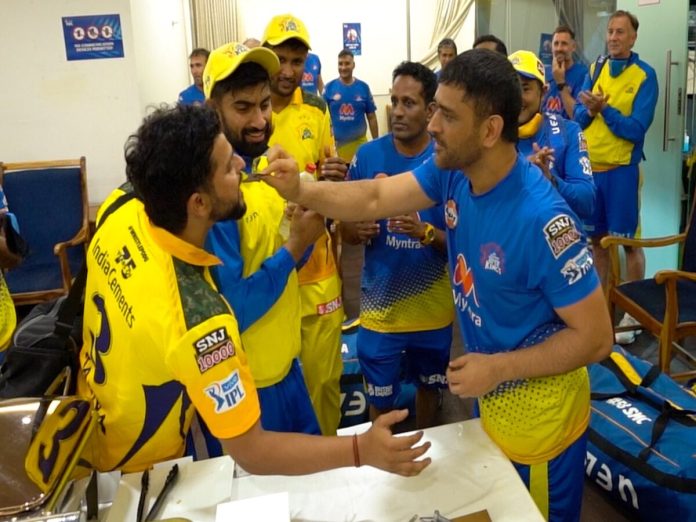 The Chennai Super Kings have started the process of revamping their team for the IPL 2023 after a very poor season in the 15th edition of the Indian Premier League. While Dwayne Bravo, one of the greatest players in IPL history, was not retained by the franchise prior to the mini-auction on December 23, Robin Uthappa, one of their most remarkable players from last year, has already announced his retirement.

Dhoni is known as his mastermind, he knows how to use their players in the best-fitted places. Due to the team, they have built over the years, the domestic players are even more accustomed to the surroundings in Chennai. Know the best-predicted playing XI from the retained CSK Players for IPL 2023.

The 25-year-old Ruturaj Gaikwad has excelled in the lucrative competition. The batsman, who was born in Pune, became the first uncapped player to ever win the Orange Cap in 2021. In 2022, despite a decline in form, the opener made 368 runs in 14 matches.

If Gaikwad can maintain his reputation for giving Chennai a rock-solid start, Chennai may register a sizable score after 20 overs. Given that he is one of the younger members of the Chennai team, his quickness on the field is impressive as well, and CSK will rely heavily on his bat in the forthcoming season.

Devon Conway was outstanding in the few games he played in the previous competition. The 31-year-excellent old’s strike rate of 145.66 allowed him to score 252 runs from seven games.

Gaikwad holding one end will give Conway the freedom to explode from the first ball, making him a very dangerous forward. Although he isn’t in fantastic shape right now, the series against India has the potential to turn that around.

Ali amassed 244 runs from 10 games in 2022, with a strike rate of 137.85. He took eight wickets with the ball, with an outstanding economy of just 6.63. Moeen Ali can be Dhoni’s go-to option in Cheapuk, where the ball turns, because he suppresses the opposition in the middle overs.

The batting order for Chennai is probably supported by the seasoned Ambati Rayudu. The 37-year-old has distinguished himself over the years while playing for Chennai and is indispensable to their batting unit. Rayudu can quickly switch from playing the role of an anchor or a smasher in the gentleman’s game. Rayudu failed to reach his full potential in 2022, but he has before provided Chennai with some game-winning hits. He scored 274 runs at a strike rate of 122.32 in 13 games.

Shivam Dube may be quite deadly in the centre if he can maintain his consistency. He was flawless in some of the 2022 matchups. The all-rounder had an excellent strike rate of 156.22 in the previous season, scoring 289 runs from 11 games. Shivam Dube can bat anywhere in the order and offers a lot of flexibility, but if given a specific job, he can be a decisive match-winner.

MS Dhoni, the captain of the Chennai Super Kings, will likely play his last IPL season of his career. The 41-year-old scored 232 runs with a strike rate of 123.40 in 14 games last season. Dhoni struggled a lot in the years before finally showing signs of his return to form last year, but with another year off, it will be challenging for him to play the same style of cricket that he once made popular.

Jadeja is one of the key players of the CSK squad. The 32-year-old scored 116 runs with a strike rate of 118,37 in the 10 games he played last year. This demonstrates how awful he was the previous year, and he will be aiming to improve in the 16th iteration of the competition. Jadeja only took five wickets with the ball, which is far below his average.

In the 2018 IPL, Dwaine Pretorius is set to step in to fill Dwayne Bravo’s shoes. The South African international has yet to establish himself in the competition, though. Pretorius only participated in six games for the Chennai Super Kings during the previous season, but he still managed to score 44 runs and take six wickets. His economy of 10 is very high, and if he wants to be a consistent player in the starting XI, that needs to change.

Chahar will once more lead the Chennai Super Kings bowling unit. He was excellent with the ball in 2019 and, fortunately for him, captain MS Dhoni can make the most of him before the World Cup. His batting background is another something that is positive and would aid Chennai hitters in playing an aggressive style of cricket because their batting is strong.

The 22-year-old Sri Lankan spinner’s expertise will be essential for Chennai, particularly given the Chepauk stadium’s turning grounds. Under MS Dhoni’s direction, he has the potential to be a decisive match-winner and will only become better in the following season.

Theekshana amassed 12 wickets at an economy of 7.46 in the nine games he played for CSK the previous season. The Sri Lankan will be expected to perform for his team because he is the only quality spinner in the lineup.

The best bowler for Chennai in the previous competition was Mukesh Chowdhary. With the new ball, the pacer was really helpful and coupled with Deepak Chahar in the upcoming season, Mukesh can be very dangerous.

In the 15th IPL, Mukesh played in 13 games and recorded 16 wickets at an economy rate of 9.32. Although he can consistently take up wickets, he also allows a lot of runs to be scored. He needs to get better in this particular area in the upcoming season.