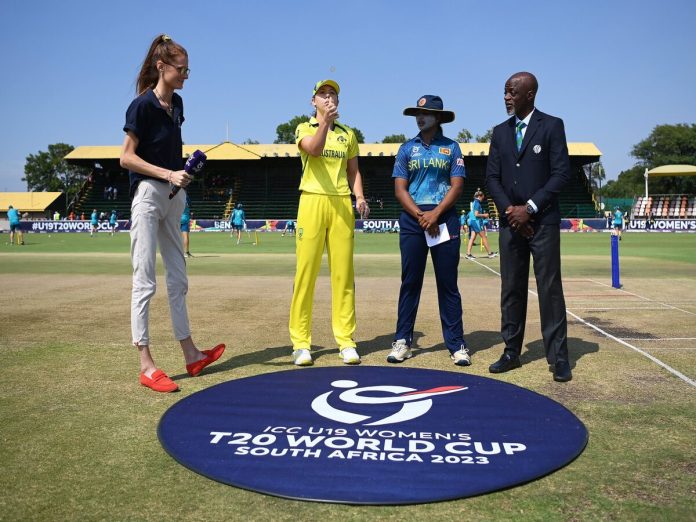 In their most comprehensive performance of the T20 Under-19 World Cup so far, Australia dominated with both bat and ball. Australia’s bowlers put on an incredible all-around effort on Wednesday in the Group A match of the ICC U19 Women’s T20 World Cup to dismiss Sri Lanka for only 51 runs and secure a convincing 108-run victory.

However, Australia will be confident going into the next phase after bowling Sri Lanka out for 51 in 13 overs after putting up 5-159.

Australia made their greatest tournament start with a change at the top, as Sianna Ginger and Kate Pelle put up 41 for the first wicket in 5.3 overs.

The Australians reached 5-159 thanks to strong performances from veteran duo Ella Hayward (36 off 31) and Amy Smith (22no off 16), as well as a late cameo from Queensland-fast Lucy Hamilton (22 off 11).

Despite their big win, Australia was forced to settle for second place in Group A, behind Bangladesh, who maintained their unbeaten streak despite a lapse against the United States of America.