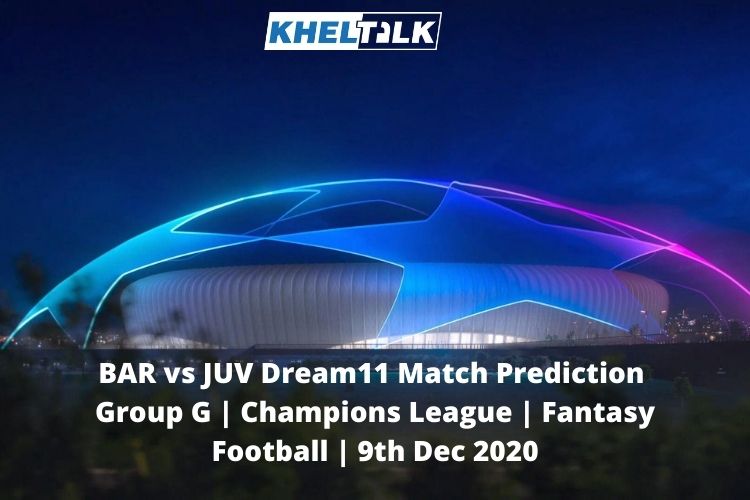 Champions League is back this week with two giants facing off each other. Barcelona will square off against Juventus in the next Group G fixture. This encounter will determine the future of both the teams in the competition. Much awaited Messi and Ronaldo show are just a few hours away. Well, talking about the run, Barcelona started their UEFA Champions League with straight wins but failed to carry forward their momentum in the league campaign in the Club’s recorded history.

Recently, they have lost 2-1 to Cadiz this weekend. On the other hand, Juventus have won four out of five Champions League games and they would again depend on Ronaldo and Morata to guide them to the finish line. Let’s see if they come up against Catalans in their best form. Let’s go through our Dream11 Football Prediction for the upcoming Champions League match between Barcelona and Juventus.

Expected Changes for BAR vs JUV Dream11 Team: Barcelona will be without Ansu Fati, Gerard Pique, and Sergi Roberto.

Dembele has been ruled out for a month. Ronald Araujo is likely to step up and will partner Lenglet in the Defence. There are clouds revolving over Umtiti.

Morata is likely to format pair with Ronaldo for the attack. Wojciech Szczesny will keep the gloves for the side.

Captain Picks For BAR vs JUV For Dream11 Match Prediction:

Leo Messi hasn’t been at his beat this season. The attacker has seven goals and four assists in 133 appearances for Koeman’s side in 2020-21, including three goals and two assists in three Champions League.

Griezmann scored a banger against Ferencvaros and looks like he has got his form back. He has five goals in 14 appearances, including two goals in four champions league games. He has three goals for the National team as well this year.

Morata has been contributing well alongside Ronaldo for Juventus this season. He has scored three goals in three assists in 7 Seria A-game, while six goals and 1 assist in the 5 Champions League game.

BAR vs JUV Match Prediction, Champions League 2020: Who Will Win The Match

It will not be easy for Juventus to kill the impeccable streak of Barcelona in the Champions League this season. But missing important defensive players, Ronaldo is likely to take this advantage. Messi and Coutinho haven’t been in form in recent weeks but they would give in everything to avoid defeat to remain at the top of their group. Our Dream11 Football Prediction experts believe Barcelona will notch a victory here.