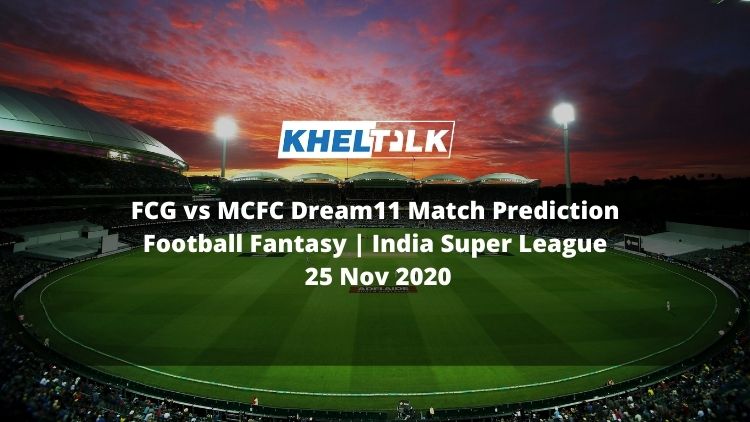 Now Mumbai City FC will again keep the strategy of keeping the ball and dominating the midfield when they next meet FC Goa now managed by Juan Ferrando.  Interestingly, Goa managed a 2-2 draw against FC Bengaluru with their defensive tactics. Alberto Noguera, Brandon Fernandes, and Alexander Jesuraj came in the second half to equalize from 2-0 in just 12 minutes.

Whereas, Mumbai City FC suffered a defeat in their opening game against North East. Now in the upcoming fixture, they will be looking forward to replacing A Jahouh who was given a red card in the previous game. Let’s get through our Dream11 Football Prediction for the upcoming Indian Super League between FCG and MCFC.

FC Goa might not tinker with their playing 11 and step up with the previous one.

I Gonzales, S Pereira, and S Fernandes will be safeguarding the defense.

Ortis, Rebello, Rodriques are their to form the mid-field for FC Goa.

I Angulo, who scored two crucial goals in the previous game will once again lead the attack for the side.

Boumous or Hernan Santana could be asked for Jahouh’s role with Mourtada Fall playing in defense.

M Rakip, alongside M Desai, has the responsibilities to perform in the defensive area.

R Fernando and H Boumous will design the play from the mid-field to make it easier for the attacker B Ogbeche.

Attacker: B Ogbeche, A Le Fondre

Captain Picks For FCG vs MCFC For Dream11 Match Prediction:

Igor Angulo had been impressive on the pitch in Ekstraklasa. Having 36 appearances, he scored 16 goals along with 6 assists. Moreover, he struck the ball twice past the net in the opening game for Goa and has announced his arrival.

Mohammad Nawaz has been a mainstay for FC Goa between the sticks. The previous season, he has 5 clean sheets and makes 42 saves in 20 appearances for the club.

Goalkeeper A Singh mustn’t be ignored as he has 15 clean sheets from 54 games and can surely help you earn points for your fantasy team.

Brandon Fernandes, who is a midfielder. In the last season, he scored 2 goals and 7 assists in 17 matches.

FCG vs MCFC Match Prediction, Champions League 2020: Who Will Win The Match
Without a doubt, FC Goa clearly stands ahead over Mumbai with arriving two semi-finals and 2 finals in 6 complete seasons. Despite have 66% possession in the last game, Mumbai City FC couldn’t find any shot on Target. With the likes of new arrivals – Igor Angulo, Ivan Gonzalez, Jorge Ortiz, and Brandon Fernandes, FGC has the supreme advantage to win the encounter here.

FCG vs MCFC Probable Match Score At The End: