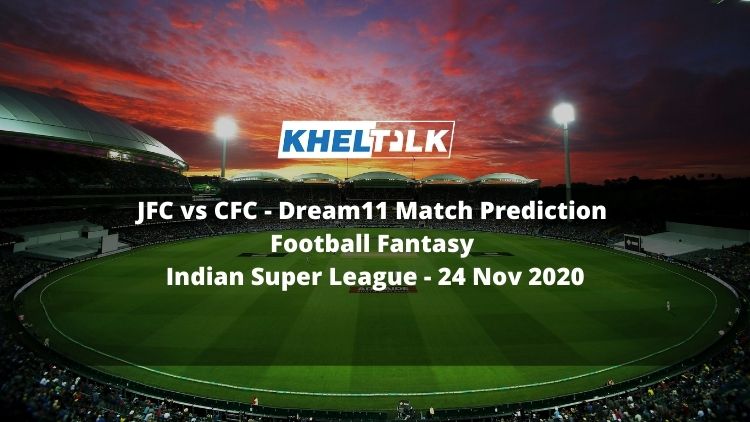 Jamshedpur FC will square off against Chennaiyin FC in the fifth fixture of the league n Round 1 of the Indian Super League. Both the teams will step up for the opening game. Last season, Chennaiyin FC finished at the 4th spot with 8 wins, 5 draws, and 5 losses having 29 points to their name. Meanwhile, Jamshedpur had a disappointing outing last season with four wins to their name and was stuck at that 8th spot with just 18 points to their account. With that being said, here is the JFC vs CFC Dream 11 Prediction for the game ahead.

Lithuanian will be seen leading the line alongside Jackichand Singh who is one important addition to the Jamshedpur FC squad after playing two seasons with FC Goa.

Peter Hartley and Stephen Eze will form a strong bond at the defense with Ladhinliana Renthlei at the right-back slot.

Guinea-Bissau striker Esmael Goncalves, who is one reliable goal-scorer, is likely to lead the forward line in place of Valskis’ absence.

Anirudh Thapa and Edwin Sydney Vanspaul are expected to continue in central midfield.

They have brought in left-back Lalchhuanmawia Fanai and right-back Reagan Singh to bolster their right-back.

Captain Peter Hartley of Jamshedpur FC by Coach Owen Coyle. He has played 418 matches in his career since his senior team debut in 2007, having 122 clean sheets along with scoring 37 goals.

Rafeal Crivalloro can again do wonders this season. He was one of the reasons why we saw Chennai in the finals last season. He scored 7 goals and 8 assists in his very first season with the club.

Golden Boot winner (2019/20) Nerijus Valskis had a promising season last time. This time he is with Coyle. Last season, his score was 15 goals, and also racked up 6 assists for his side.

Midfielder Lallianzuala Chhangte can be impactful again this season as he has scored 7 goals in the last season of ISL.

Both the teams are on the same page in terms of ability and squad strength. We predict it to be a draw. JFC 1-1 CFC