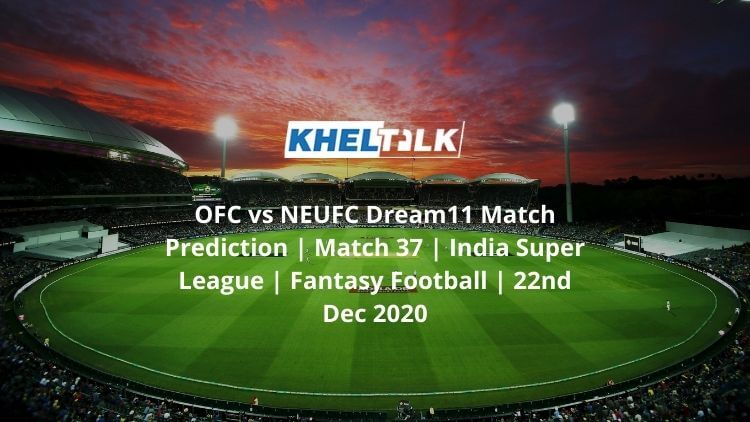 Odisha FC will now face off against NorthEast United in the 37th fixture of the league in Round 1. Currently, NEUFC holds the fourth spot at the points table with 10th points to their name. Playing seven games, they have won two games, tied four, and lost one. On the other hand, Odisha FC is yet to open their account as they have lost five-game and tied one and sit at the bottom of the points table. They must now find a way to seek glory to improve their position in the standings. Let’s go through our OFC vs NEUFC Dream11 Prediction for the upcoming Indian Super League game.

Injury Update and Unavailability: No injury

Odisha FC has been struggling with execution in the middle order. There are chances that they might step up with the previous playing 11 with S Taylor, J Tratt, and H Antony holding onto the defense line, while G Bora and C Alexander will again be expected to create more chances for the strikers. Mauricio, and M Onwu must step up now and push their team towards glory. This our OFC vs NEUFC Dream11 Team News for the upcoming ISL game.

G Singh will work as a shield between the bar, while D Fox, Lambot, and G Kumar will keep the defense line strong. The Mid-field responsibilities are shouldered on K Camara, although, he was handed over a yellow card in the last game, but is expected to be in the starting 11. Meetei, and Lalengmawia are the other support in the mid-field. Also, they have got I Sylla and Appiah who have duties to tear apart the opposition’s net. F Gallego might feature in the starting 11 replacing Rochharzela for this encounter.

Captain Picks For OFC vs NEUFC For Dream11 Match Prediction:

D Mauricio has been impactful for Odisha FC as he has nutted twice playing 6 games.

Luis Machado looks in great touch and has worried the opposition in the previous games. His presence on the field keeps the hope alive. So far, he has played 7 matches and scored 2 goals.

Taylor has been performing defense as well as striker duties by all himself. Scoring two goals in six games has made him one important asset to the team and is not expected to stop anytime soon.

OFC vs NEUFC Match Prediction, Champions League 2020: Who Will Win The Match

Comparing the stats, NorthEast United FC has clear supremacy over Odisha FC. Odisha FC team. Not just the stats, but Odisha lack in having experience players, and youngsters are failing to impress the side. Even, new coaches have turned out to be one of the disadvantages for both the teams as the strategies haven’t been working according to the plan. However, two overseas signing – strikers Idrissa Sylla and Kwesi Appiah keeps the hope alive for NorthEast. And, as per our OFC vs NEUFC Dream11 Football Prediction experts bet on NEUFC to win this match (1-0).