Soon we are going to witness the most predicted encounter of the Emirates D10 tournament. Table topper Fujairah and bottom-placed Abu Dhabi will be seen squaring off against each other in the fixture of the tournament.

With six wins in seven games, Fujairah leads the points table with 12 points in their pocket, while Abu Dhabi has failed to registered even one victory and this drags them down to the last spot at the points table. Having lost all five games, Abu Dhabi nearly has no chance to move ahead in the tournament but you never know, we might witness the chapter of unpredictability when they face off.

Here are the stats for the teams ABD vs FUJ:-

Well, most of the matches are won by the teams batting second but in the case of Fujairah, they are the only team to have won multiple matches while defending the target. In the first innings, bowlers have been seen dominating the game, and scores near 110 can be easily defended at the venue.

The weather at Sharjah will have sun on our heads. According to the forecast, the temperature will be around 34 Degree Celcius and the condition will be less humid than usual. However, since this match is in the evening, we can expect a better climate to play the game.

Make sure you pick more players from Team Fujairah as they have been playing some outstanding cricket since day 1. Go with the combination of 7:4.

Man of the match “Usman Khan” is likely to step up for Fujairah once again. Usman has been performing consistently which makes him the most valuable player of the team. Their top-order – W Muhammad and Chirag Suri are also in splendid form and will surely not let you down. No changes are expected.

Yet to open their account in the tournament, Abu Dhabi has buried all their hopes for moving ahead in the tournament. The entire batting lineup was seen struggling with theri form and even bowlers failed to dig something good out of this wicket. There might be some changes in the middle order.

Waseem Muhammad needs no introduction. The hitting ability and precision make him the leading run-scorer for Fujairah. In seven games, he has scored 202 runs including 14 four and 18 sixes at a strike rate of more than 240. He even has six wickets to his name. Don’t miss him out.

Usman Khan – Man of the match in the previous game looks in outstanding form. Opening the innings for Fujairah, Usman has hammered 149 runs in 6 innings with the highest score of 66 in the last game. He alongside W Muhammad has been giving some good start with the bat.

Fayaz Ahmed has chipped five wickets for Abu Dhabi but has been very expensive with the ball. Bowling six overs, he has conceded 78 runs. Ahmed has got wickets when needed but he must come up with new variations to trouble the batsmen. He can be impactful, don’t miss him out.

Not just Waseem and Usman are getting runs for Fujairah but they have got another reliable hitter Chirag Suri. So far, Suri has smashed 141 runs in seven innings at a strike rate of 220.31 including 15 fours and 9 sixes.

Here is the Dream 11 Team prediction for DUB vs FUJ. We are going with players who are currently in good form and can win the match with ease.

Head To Head Team For Abu Dhabi vs Fujairah

Who Will Win Today Between ABD vs FUJ Dream11 Prediction, Match 22?

According to Kheltalk’s astrology ABD vs FUJ Dream11 match Prediction, FUJ will win the match. This is going to be the most predicted game of the tournament. Fujairah will step up knowing the fact that they are going to clash against the weakest team of the tournament and cannot afford to lose this game.

According to Kheltalk’s ABD vs DUB vs FUJ Dream11 toss prediction, FUJ will win the toss and will opt to bowl first. Since most of the teams have won chasing the target at this venue. 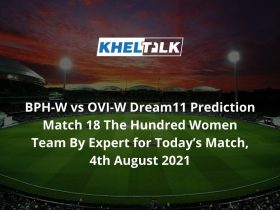 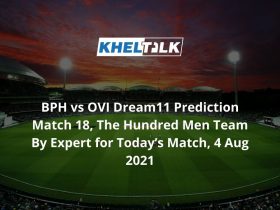