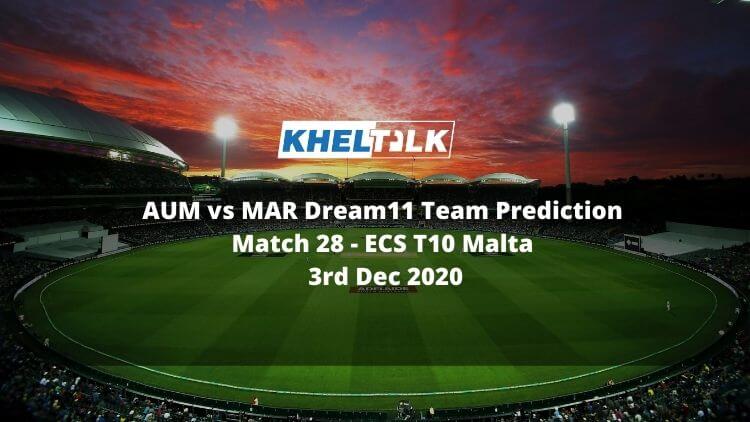 Marsa CC and the American University Of Malta will lock horns in the 28th match of the tournament. Marsa CC were the runners-up in the last domestic league and here, they have won three out of their six matches and are placed at number three currently. On the other hand, the American University Of Malta is at the bottom of the table with one win to their name. Their only win came against Msida Warriors CC. Let’s go through our Dream11 Team Prediction for the upcoming ECS T10 Malta game.

The team will enjoy batting first at the Marsa Sports Club, thanks to the conditions. In the recent matches, we can see that the pitch has considerably improved and the batsmen are finding it easy to score as well as chase down the target.

Games Played Till Tuesday at this venue: 22

Average score at this venue: 108 (based on last five completed games)

Zoheb Malek is the best choice among the available players in this fixture. He has 186 runs with an average close to 47 and has a strike-rate close to 153.

Fanyan Mughal averages 57.50 in this tournament at the moment and has a strike-rate of 201.75. He also has 2 wickets to his name.

Shubham Patel is one of the leading wicket-takers of the tournament at the moment. He has 8 wickets to his name with an economy rate lesser than 11.

Haroon Mughal is having an excellent year and in this tournament, he has 81 runs with a strike-rate of 245.45. He also has picked up 4 wickets to his name.

AUM vs MAR  Dream11 Team Prediction: Who will win the match

Going by the form, the team AUM has to bring their A-game to defeat the team MAR. However, the team MAR will begin this contest as the favorite.