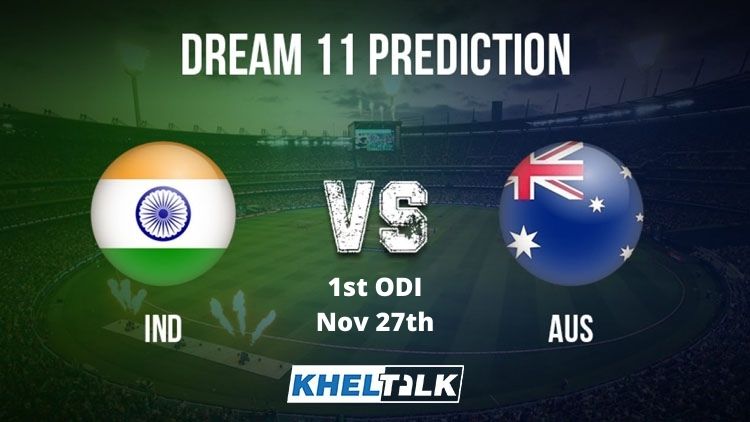 India will play their first international match since the pandemic, on Friday. They will take on Australia in the 1st of the three ODIs. However, almost all the Indian players featured in all the matches in the recently concluded Indian Premier League, and KL Rahul won the orange cap. He had 670 runs from 14 matches.

Australia, on the other hand, recently played the limited-overs series against England in September. Australia went on to win the ODI series 2-1 and Glenn Maxwell ended as the top scorer for Australia with 186 runs from three innings. Also, among the few players who featured in the IPL, David Warner had the most number of runs as he ended up with 548 runs. Let’s go through our Dream11 Team Prediction for the 1st ODI between India and Australia.

The conditions at SCG is pace-friendly but with time, it gets easier to bat on. The initial few overs will decide the fate of the game.

Steve Smith is one of the popular choices for the captain, thanks to his record against India. He averages more than 60. His last three scores against India(recent first)- 131, 98, 69

KL Rahul is in terrific form and will be looking to capitalize on the opportunity here. Rahul is coming in after an extraordinary IPL. Against Australia, he has 183 runs from 5 innings with the best of 80.

Marcus Stoinis will be an excellent choice for the vice-captain because he can grab points both with bat and ball. He had 352 runs with the strike-rate of 148.52 and had 13 wickets to his name.

David Warner is yet another player who is expected to do well here. While he didn’t exactly enjoy the outing against England, he looked good in the IPL and will be looking for a good positive start here.

Since this is the first match of the series, it is not easy to predict the winner of the contest. However, Australia will start this match as favorites because of the home advantage.