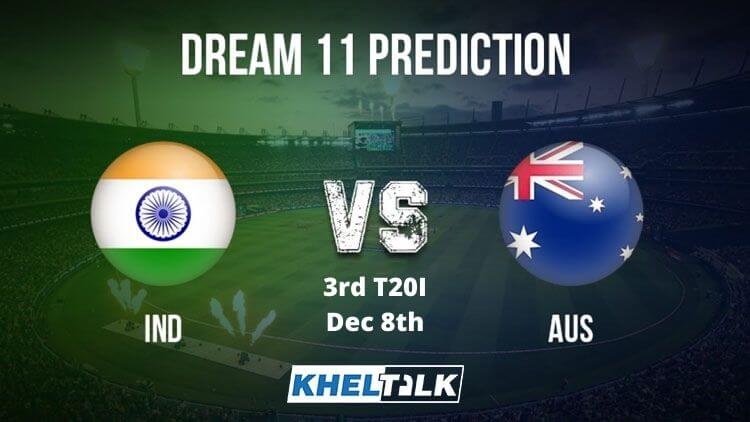 After two brilliant performances to seal the T20I series, India will take on Australia in the 3rd and final T20I on Tuesday. In the last T20I, it was the heroics of Hardik Pandya in the end which took India home. On the other hand, Australia wasn’t playing their full strength as a lot of major players missed out the game and Wade captained the team for the first time.

As they enter the 3rd T20I, we might not see Finch here as well. The team is already without the services of David Warner, Pat Cummins, Mitchell Starc and this is certainly a big blow for them. However, Australia does have a lot of players who can still win the matches single-handedly for the team. Let’s go through our Dream11 Team Prediction for the third and final T20I between India and Australia.

The conditions at Sydney are batsman-friendly while the overs from the spinners will be crucial. We can expect a high-scoring game here once again.

Highest team score at this venue – 221

Lowest team score at this venue – 117

KL Rahul has been in excellent form throughout the IPL and has done well in the ODIs too. In the T20Is, in the first match, he smashed a fifty and had a cameo in the 2nd. He will be contributing through his wicket-keeping too which is an additional advantage.

Virat Kohli played well in the last match and has scored 40 runs from 24 deliveries. He had 2 fours and 2 sixes in the tournament. He will be looking to end the year on a high.

T Natarajan will be the player to watch out for in his contest. In the first two T20Is, he has five wickets at an economy rate lesser than 7.

Steve Smith enjoyed an excellent outing in the ODIs. He will be shouldering some extra responsibility in the absence of many key players in the team. In the last match, he had 46 runs with 3 fours and 2 sixes.

As Australia will be missing out on key players in this contest as well, India is the favorite to win the match here as well. However, the team batting second will be having the upper hand. It is going to be a close clash between the two heavyweights and fans can expect another nail-biting contest is on the cards. But. our Dream11 Prediction experts have picked Team India as the probable winners.