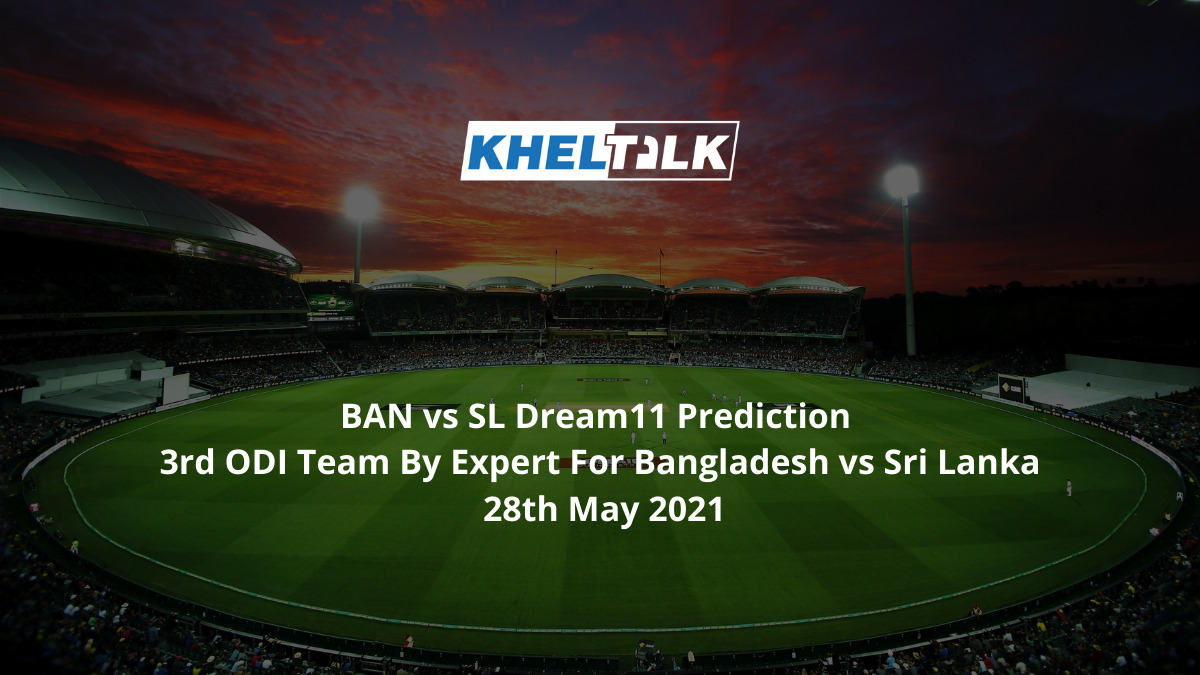 According to BAN vs SL Dream11 Prediction for Today’s Match Fantasy Cricket, BAN will take on SL at Shere Bangla National Stadium in Dhaka in the 3rd ODI of the three-match series starting on Friday, 28th May 2021. Keep reading to find out about the BAN vs SL, 2020-21, 3rd ODI Dream11 team today.

Bangladesh have turned out to be dangerous at home having nine successive ODIs in their own country. Their batting unit looks in tremendous form and lethal bowling option Mehedi Hasan and Mustafizur Rahman have made Bangladesh a strong side.

Sri Lanka stepped up with young lads and the inexperienced squad found it tough to handle the pressure and lost both the games. However, they can bounce back strong after their top seven batsmen made double figures in the second ODI.

Again a sticky pitch is expected which will surely make the batting difficult. Even in previous games, no batsmen could reach past a strike rate of 100.

A bright sunny day is expected with a high of 42 with no cloud cover. Batting first would surely be an advantage here.

Already up in the series, Bangladesh might use their benched players or look to step up with a same combination with the intention of whitewash. They will even be looking to maintain their place at the top of the World Cup Super League table. No changes are expected.

Now when they moved into this series without the likes of Dimuth Karunaratne and Angelo Mathews in the squad, they must keep the confidence high with the young lads and step up more ruthlessly for this upcoming game and prevent whitewash. They are -2 points in the World Cup Super League.

M Rahim has played sensibly in this series so far. This Bangladesh wicket-keeper has scored 209 runs and has turned out to one of the reasons for the team’s victory.

Mehdi Hasan has been effective with the ball in the series. Bowling 20 overs in this series, he has claimed 7 wickets along with an impressive economy rate.

Kusal Perera needs no introduction but he has been struggling to handle this young squad. So far, he has scored 44 runs in the series.

Lakshan Sandakan and D Chameera bagged three wickets each on Tuesday and this makes the the valuable players for the upcoming game.

Who Will Win Today Between BAN vs SL Dream11 Prediction, 3rd ODI?

According to Kheltalk’s astrology BAN vs SL Dream11 match Prediction, The home side is the favorite to win this game as they would be eager for a whitewash here. Expectations will be on Tamim Iqbal and Kusal Mendis as they likely to score big. If we saw anything other than another win for the home side, it will quite be surprising.

According to Kheltalk’s BAN vs SL Dream11 toss prediction, Bangladesh is expected to win the toss and are likely to bat first again.