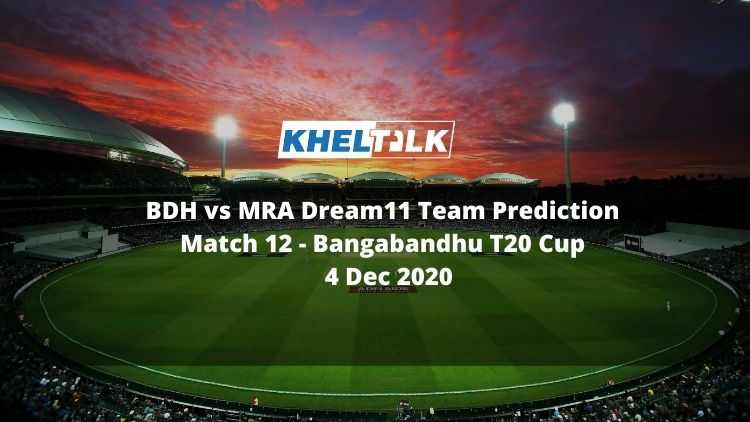 The surface at Dhaka supports the batsmen and also the bowlers. But bowlers must come up with different variations to trouble the batsmen else throwing the bowl at a similar pace hasn’t really favored them.

M Rahim hasn’t failed to impress the fans as he has scored 101 runs in 4 innings at an average of 33.66. So far, he overall has smashed 9 fours and 1 six. However, he must improve his strike rate so that he can help his team engrave big scores on the scoreboard.

N Hossain Shanto has shown us tremendous form in recent matches. Having a strike rate of 145.78, he has capable of destroying bowlers’ economy. Holding an average of 30.25, he has scored 121 runs in 4 innings with the highest score of 55.

Robiul Islam Robi has been kept himself economical with the ball. Chipping four wickets in a single inning has made him the most favorite player of the match. You cannot afford to miss him. Batsmen would try to play safe against him and that’s where he will take advantage.

Although Mukidul Islam has conceded a lot of runs, he is aware of the batsmen’s weak link. Chipping seven wickets in four games, he has made himself useful. So far, the best figure he has achieved is 3/30.

BDH vs MRA Dream11 Prediction: Who will win the match

Minister Rajshahi has a better lineup on papers and they have stood by it. Baximco Dhaka is yet to discover their winning combination and also has some struggle going on in the middle order. Minister Rajshahi is the favorite here and so we bet on them to notch a victory here. However, the fans should get ready for an exciting and nail-biting game that is on the cards in the ongoing Bangabandhu T20 Cup