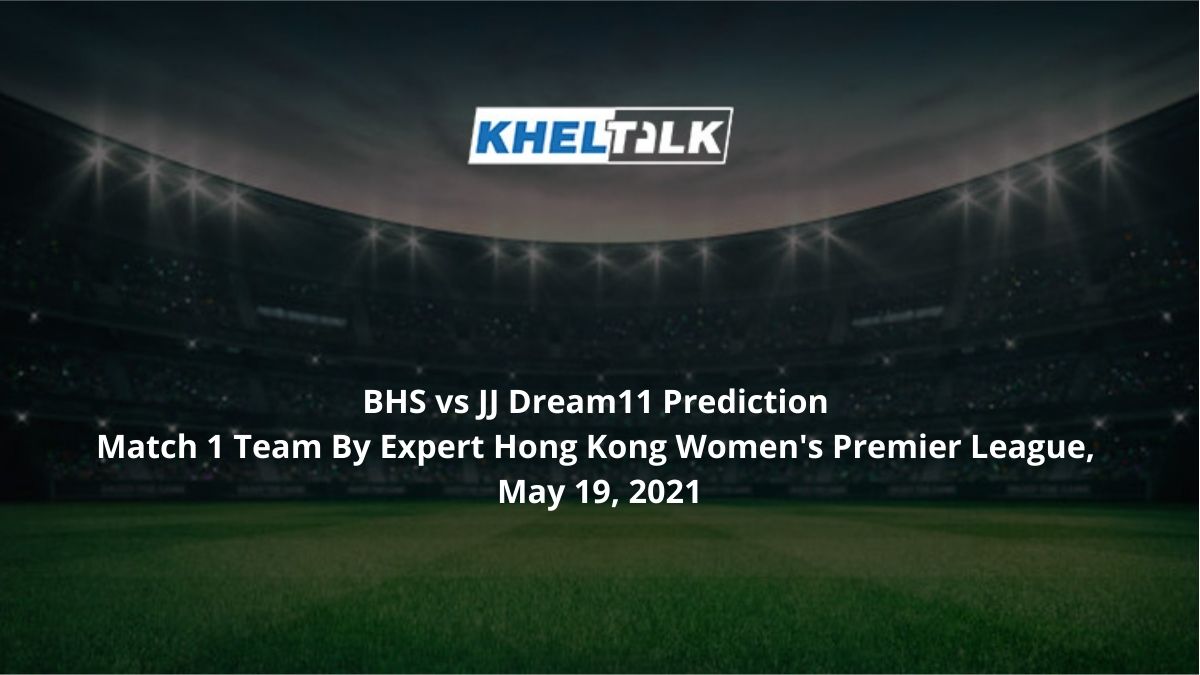 Hong Kong Cricket will host the 20-over competition of Hong Kong Women’s Premier League and it will begin on May 19th. In the late 2020 and early 2021, the board conducted a couple of 35-over matches and a 40-over match as a part of the Premier League. The best players of Hong Kong international team were split into two teams, Jade Jets and Bauhinia Stars and participated in the tournament.

The Match was live streamed on the official page of Hong Kong cricket, on both Facebook and YouTube and gathered a considerable amount of fans. Jade Jets went on to win the tournament by 2-1 and they are the favourites in this competition as well.

YS To will be missing the tournament and Jasmine Titmuss will lead the Jade Jets this time. She did well in the last tournament and it will be interesting to see how she goes here.

One of the oldest grounds in Hong Kong, Tin Kwong Road Recreation Ground is a bowlers’ ally and the spinners are likely to dominate here. So far, the ground has hosted four men’s ODIs and three of the matches were won by the team batting first. The average first innings score here is 113 and the average second innings score is 98.

According to the forecast, Tuesday will be a cloudy one with 66 per cent Humidity. The temperature is likely to be around 32 degrees Celcius for most of the day while it will be around 29 degrees Celcius during the time of the match. There will be something for the spinners here and batting first will be easier.

Both teams have some of the well-known players and the players who have featured in the last edition. It is good to go with more number of all-rounders and bowlers in this contest. Kary Chan is the player to watch out for here.

The team will be missing out To here which is a huge loss considering how good she was in the last edition. However, the team does have enough power to dominate here and all eyes will be on Titmuss who will captain the side.

Kary Chan will be keen to lead the team from the front here. In the last edition, she was one of the top scorers and in the 35-overs game, she was the leading run-scorer of the tournament, had 70 runs from two contests with the best of 44*. She also had a strike rate well over 100.

The condition will suit Maryam Bibi here. She did well in the last year’s edition. She ended up grabbing 7 wickets in two 35-overs match and is likely to dominate here as well. She gave away just 4.93 runs per over and also had a five-wicket haul.

The skipper Titmuss will be looking to lead the team from the front here. In the last edition, she had a couple of wickets, ended with the best of 2 for 6. She also had a couple of cameos to her name and can prove vital with the bat here.

Hill is likely to play in this contest and if she does, she is undoubtedly one of the favourites for the captain in the fantasy side. She can contribute from both fronts and most importantly, was one of the leading wicket takers for the team in the last edition.

Who Will Win Today Between BHS vs JJ Dream11 Prediction, Match 1?

According to Kheltalk’s astrology BHS vs JJ Dream11 match Prediction, Jets will begin this contest as the favourite. However, the team will be missing out YS To which could be a huge blow, considering she was their MVP. The team do have enough power to pull off a win here and all eyes will be on their captain Titmuss.