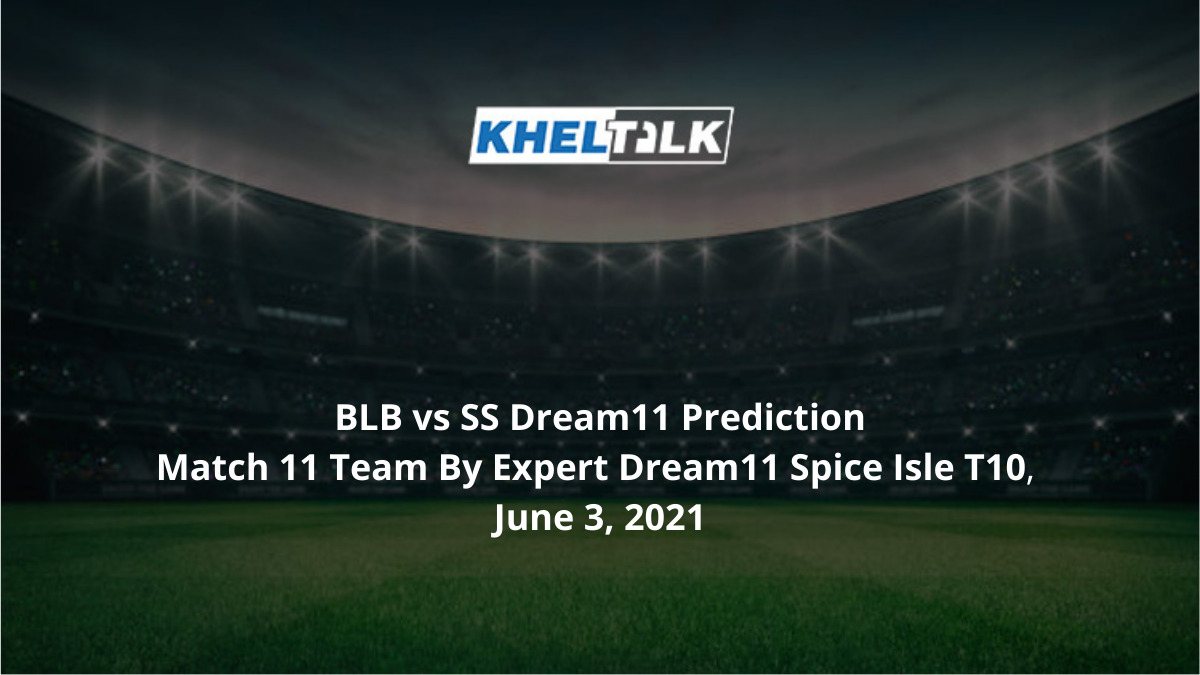 According to BLB vs SS Dream11 Prediction for Today’s Match Fantasy Cricket. Saffron Strikers will take on the Bay Leaf Blasters in Match 11 of the Dream11 Spice Isle T10 on Thursday, June 3, 2021, at the National Cricket Ground. Keep reading to find out about the Match 11 BLB vs SS Dream11 team today.

The best team in the tournament at the moment, Saffron Strikers will take on Bay Leaf Blasters here. The Strikers have won two out of their three matches and are at the top spot of the points table. Their only loss came against the Pacers where they went down by 10 runs.

On the other hand, Bay Leaf Blasters had a terrible start to the tournament, had back to back losses but they had managed to make a comeback in their last outing. They went on to defeat the Challengers with ease by eight wickets. While Strikers are the favourites in this contest, one cannot ignore Blasters here, thanks to their last match.

Going by what we have seen at this venue, the bowlers have dominated right from match one. While most of the teams struggled to get past 90-mark, Strikers have scored 100-plus runs in two of their matches. This could be one such day for the team. The average first innings score at this venue 71.

Rain is on cards on Thursday here. While there will be scattered rainfall, one can expect the match to go ahead and there might be a bit of disturbance. The temperature will be around 27 to 31 degrees Celcius during the day and there is a 57 per cent of chance for rain here.

The team’s bowling has been a letdown while they have something to cherish when it comes to batting. A lot once again depends on the batting, especially a lot expected from the top order. Devon Smith will be the player to watch out for here.

The team’s bowling was a bit of concern in their last match and every single bowler went for a lot there. However, the team almost chased down 122, only to fall by 10 runs which is actually a positive sign. Also, Lendon Lawrence looked good in the last match and he is our trump card today.

Denis Smith is one of the tricky picks for captain but since he can contribute with his wicket-keeping skills, he could prove vital here. He has a couple of 20-plus scores in this tournament so far and has 4 fours and 3 sixes to his name.

Devon Smith will look to lead the team from the front. Though he is yet to score big, he did show a glimpse of his form in a couple of matches recently. One can expect at least 20 to 30-odd runs from him in this contest.

Kem Charles has been the stand-out performer for the Strikers in the tournament. He is in good form at the moment and can contribute with the bat too. He so far has picked up six wickets in the tournament which includes a four-fer.

Richard Rogers has been consistent with the ball and one can expect a similar performance from him today. He is more of a safe choice when it comes to captain. He so far has three wickets to his name and is a bit economical too.

Who Will Win Today Between BLB vs SS Dream11 Prediction, Match 11?

According to Kheltalk’s astrology BLB vs SS Dream11 match Prediction, Strikers are the favourites to win this contest. They are the table toppers and are having a decent tournament so far. They are likely to bounce back here. Nevertheless, it will be a good contest for sure.

According to Kheltalk’s BLB vs SS Dream11 toss prediction, Strikers are likely to bat first here. They have a better record while batting first and their loss came while batting second. It will be interesting to see how they go here.