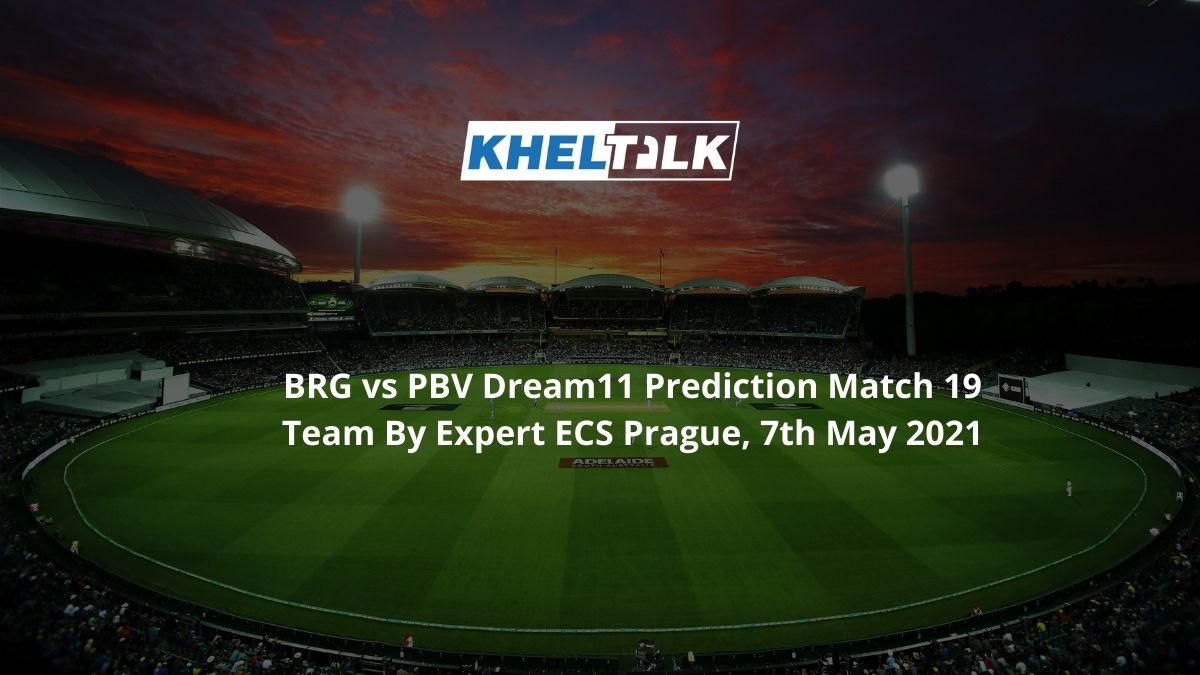 Prague Barbarians Vandals will lock horns with Brno Rangers for the 2nd time in the tournament here. Vandals are the best team in the tournament so far. They have played two matches and have won both matches convincingly. They will begin this contest as favourites.

On the other hand, Brno Rangers began the tournament late and will be playing their 2nd match of the day here. They are on a roll at the moment and will enter this contest after winning the super series which happened recently. They are one of the teams to watch out for here.

The Vinor Cricket Ground has been a bowlers’ ally. The teams have managed to pick up wickets at regular intervals and most importantly, the bowlers are economical as well. The average first innings score here is 78 and most of the teams prefer batting second.

The climate doesn’t look great on Friday in Prague. While the temperature will be around eight degrees Celcius, there will be showers throughout the day. One can expect the rain to interrupt the game but we don’t think that it will be strong enough to call off the match.

The team has a good talent and has done well in the tournament so far. Muralidhara Vandrasi has been the best performer with the ball while experienced Sabawoon Davizi is doing well with the bat. The team is likely to go in with the same playing eleven.

The team has good batting depth and all eyes will be Vikram Padigala and Dylan Steyn once again. They are one of the best teams in the tournament and one can expect them to do well in this contest. At least, they are capable of putting off a tough fight.

Dylan Steyn is the player to watch out for in this contest. He is the best all-rounder available and has vast experience. He will bat in the middle-order and will bowl his full quota here. One can expect him to dominate with the ball here.

Vikram Padigala’s experience will come in handy in this contest. He is yet another player who can win matches single-handedly. He is more of a reliable batter who likes to bat until the end. He will be opening the innings for the team and is likely to do well here.

Sabawoon Davizi is the best player in the team so far. He has the most runs for the team. He has scored 46 runs from his two outings with a strike rate close to 150. He is likely to roll his arms for a couple of overs here.

Muralidhara Vandrasi can be the game-changer for the team here. He has been around for a while now and one can expect him to do well in this contest. He so far has picked up four wickets and has an economy rate of just four.

Who Will Win Today Between BRG vs PBV Dream11 Prediction, Match 19?

According to Kheltalk’s astrology BRG vs PBV Dream11 match Prediction, Team PBV will win the match. They are the best team in the tournament and one can expect them to come good here as well. However, they will not take team BRG lightly as they are capable of producing surprises.