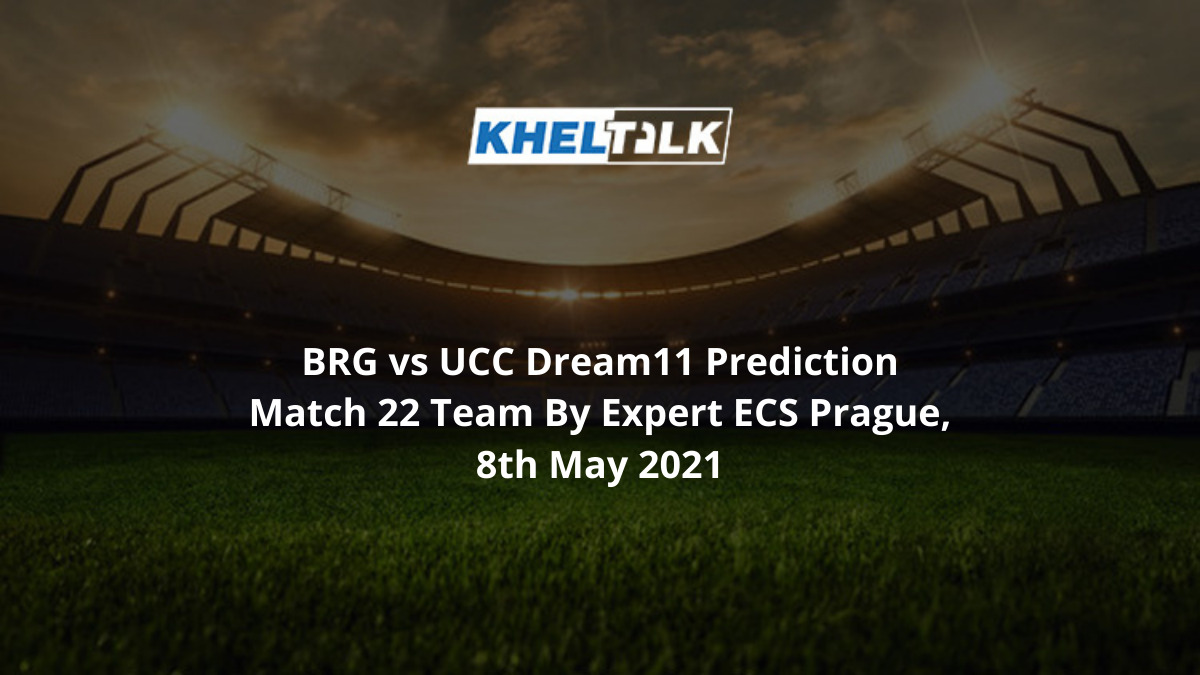 United CC will take on Brno Rangers in this contest. Despite having some of the star players in the team, United CC are yet to open their account and have lost three matches in a row. The team is currently in the fourth spot on the table and they are in need of this win desperately.

On the other hand, Rangers are one of the best teams here and are contenders to win the trophy. They had a good beginning to the tournament with a couple of wins to their name and are currently in the 2nd spot of the table. A win here will take them back to the top spot.

This is a bowlers’ ally and one can expect the pacers to dominate right from ball one. There is a high chance that the team will look to bowl first as the teams chasing have won most number of matches here. The average first innings score at this venue is 78 but since both teams have good batting line-up, one can expect more than 78 here.

After a couple of rain-filled days, Prague will experience a good climate where there will be plenty of the sun and it is an advantage for teams. With a temperature close to 15 degrees Celcius, there is no chance of rain in this contest.

With players like Shyamal Joshi, Abhimanyu Singh, it is just astonishing how United CC had lost their plot in the tournament. The clock is currently ticking and the team desperately needs a win here. One can expect them to do a couple of changes to the order.

The team’s big strength is their batting line-up. They bat deep however, their bowling has been moderate and that is one area they will be looking to work on. All eyes will be on Dylan Steyn once again who did well in the earlier contest.

Dylan Steyn is the most popular choice for the captain in the fantasy team because of his batting skills. He is currently the leading run-scorer for his team and had recently smashed a half-century. He has scored 97 runs at the moment from two outings.

Rahat Ali is one of the best all-rounders available in this contest. He is the 2nd leading run-scorer for the team. He is more of a reliable player here and is good when it comes to bowling as well. He could be the difference between the teams in this contest.

Ayush Sharma will be leading the batting attack for his team here. He is the leading run-scorer for the team, has 82 runs from his 3 outings with the best of 37 and has a strike rate close to 150. He also has picked up a couple of wickets here.

Piyushsingh Baghel’s form will come in handy here. He will be batting in the top order and has scored 56 runs so far. He is the 2nd leading run-scorer of the team. He also will bowl his full quota and has picked up a wicket so far in the tournament.

Who Will Win Today Between  BRG vs UCC Dream11 Prediction, Match 22?

According to Kheltalk’s astrology BRG vs UCC Dream11 match Prediction, Team BRG will win the match. On papers, the Rangers have one of the best-balanced line-ups here. They also bat deep which is an added advantage for the team here. However, they will not take United CC lightly because of their past performances.