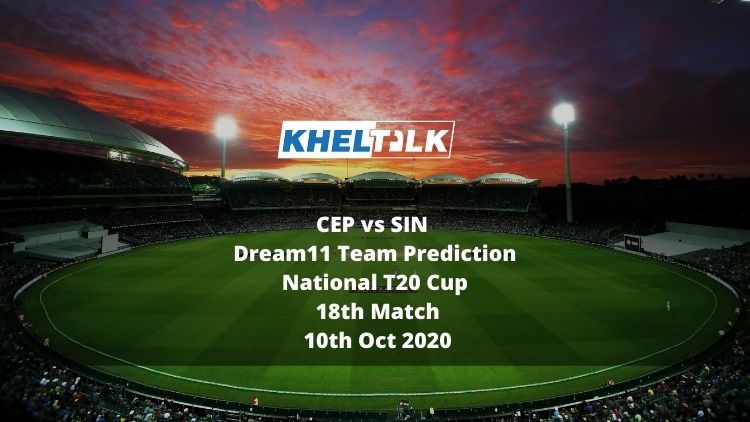 Central Punjab and Sindh will step ahead to lock horns in the next fixture of the National T20 Cup which is scheduled to be played at Rawalpindi.

Both teams are in a really poor situation. Having won just one game, Sindh is on the 4th spot of the points table, while Central Punjab is next to Sindh at 5th position with two points in their pocket.

They are at a crucial stage where it is sacrosanct to win left of the matches to improve their positions at the points table.

Head to Head for CEP vs SIN:

The surface at Pindi will have a lot to offer to the batsmen but will even do some icing on the cake for the bowlers. The team winning the toss will choose to bat first as the pitch gets slower in the second inning which makes chasing very difficult

Batsmen: R Hussain, A Ali, A Shafiq, I Khan

Abdullah Shafique has a strike rate of 136.41 which clearly means that he could make bowlers cry. Playing just 5 games, he has notched 236 runs at an average of 59.00. You cannot ignore a player having such wonderful stats. Take him as your captain.

U Qadir has made his opposition to loose control with his twist and turns. This got him a lot of advantages. Having an economy of 7.71 in the T20 format is promising. He even has 12 wickets from 9 games. Don’t miss him out.

Khurram Manzoor is one reliable asset in Sindh and he could be an x-factor player for his side. In 9 games, he has 281 runs at an average of 31.22. Having him on your side will surely earn your points in dream11.

Ali having the ball in his hand means it’s time for you to earn points. However, he has been expensive with the ball but his wicket-taking abilities are never questioned. Playing 9 games, he has 13 wickets in his pockets. Best choice as your vice-captain.

CEP vs SIN Dream11 Prediction: Who will win the match

It’s time for both the teams to up their game in the tournament, else the exit door isn’t much far. Sindh clearly has a better batting line up which will give them an immense advantage. So we believe Sindh to notch a victory in this encounter.