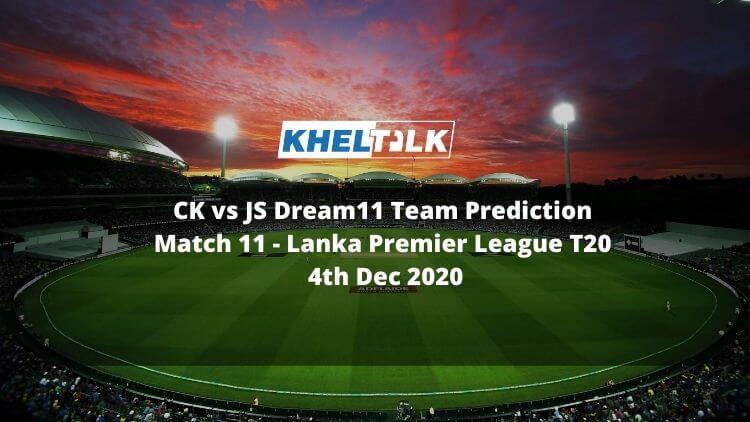 Two table-toppers – Jaffna Stallions and Colombo Kings will come head to head against each other in the 11th fixture of the Lanka Premier League. Both the teams have shown a brilliant performance with both bat and ball but Stallions lead the race with three wins in three games, while Colombo Kings have won two out of three games. The match is scheduled to be played at Mahinda Rajapaksa International Cricket Stadium, Sooriyawewa, Hambantota. Let’s go through our Dream11 Team Prediction for the upcoming game between Jaffna Stallions and Colombo Kings.

As we told you earlier that surface will tend to get slower as we move forward in the tournament. Now it’s the game that bowlers have to play to trouble the batsmen and they must take time to read the ball.

All-rounders:  A Mathews, I Udana

Andre Russell was ruthless in the game against Gladiators. He smashed 65 runs off just 19 balls with four sixes and 9 fours. If he plays this way, then wonder no opponent could win that easily. The Caribbean legend has experience of playing in 289 T20 innings where he has scored 22 fifties and 2 hundred at a strike rate of 170.28. He is also a handy bowler and has a strike-rate of 18.8 in bowling. So far, he has chipped four wickets as well.

Perera has scored 165 runs in just two innings at a strike rate of 229.16 including 13 fours and 12 sixes. He seems to be in outstanding form. Not just with bat, he has chipped five wickets with the ball at an economy under 5. Don’t miss him out.

U Shinwari has six wickets scalp from three games so far and is expected to get a few more. Bowling at an economy under 6, Shinwari is capable of troubling the batsmen. Best choice as vice-captain.

I Udana can make an impact with both bat and ball. So far, he has chipped three wickets and 39 runs in two innings. But looking at his international stats, he has 954 runs in T20 cricket at a strike-rate of 131.22 and has claimed 153 wickets in 141 innings.

CK vs JS Dream11 Prediction: Who will win the match

Colombo Kings will be looking forward to bouncing back strong in the upcoming game. Eyes would be on A Russell as he is expected to showcase his talent and strong arms and will prove himself as dream11 most valuable player of the season. Our Dream11 Team Prediction experts bet on the Kings to win this game. But, it is going to be an exciting contest between two good sides.